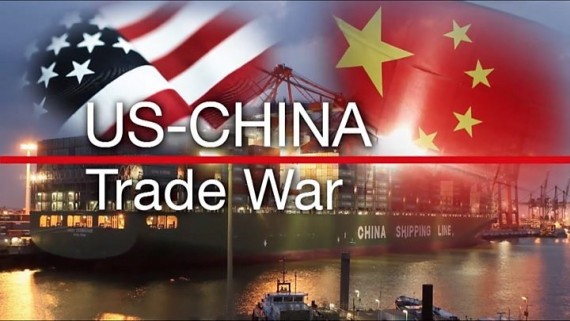 It's only natural that the human and socio-economic impact of Covid-19 should have strained some international relationships, while it has certainly accelerated the tension that exists between China and the US.

While there were suggestions that the two nations may have been inching towards a truce at the end of 2019, the Trump administration's instances on blaming China for the coronavirus pandemic (the President even cited the country as the reason behind his decision to withdraw funding from the WHO) has sent tensions escalating once again.

However, many believe that this is just a smokescreen for the underlying issue, as both nations look to position themselves as the dominant force in unveiling the next wave of wireless communication technology. But who's paying the price for this ongoing conflict, and why has Taiwan recently emerged as a central player?

There's no doubt that the US has recently stepped up its efforts to block China's development of 5G communications, while allegedly encouraging strategic partners such as the UK to reduce their interactions with Chinese firm Huawei.

Of course, many will cite the coronavirus outbreak and the wild conspiracy theories surrounding the deployment of 5G as the reason for the Trump administration's stance, but the reality is that the US wants to become dominate in this space and doesn't want to lose ground in the way that it did to the Soviet Union during the post-war race to the moon.

Once again, however, it's the financial markets, tech shares and businesses that are footing the bill for Trump's ideological warfare, with everything from volatility and new export laws to supply disruptions continuing to take an immeasurable toll.

According to one study, Trump's policy announcements pertaining to China has systematically lowered US equity prices across a 3,000-company sample group by a total of six percentage points.

Dominated by tech outfits, these companies command a combined market capitalisation of $28 trillion, with the deduction of six percentage points equivalent to a $1.7 trillion loss.

Appraising the Role of Taiwan in the Ongoing Conflict

The situation is likely to get worse before it gets better, with Taiwan having recently been dragged into the conflict thanks to new export controls introduced by the US.

More specifically, the Commerce Department in the states has recently issued new rules aimed at cutting off Huawei's access to semiconductor chips it needs for smartphone chips and 5G infrastructure.

The new rules ban chipmakers in Taiwan and South Korea from using US machinery and technology to manufacture said semiconductors, closing a longstanding loophole that had guaranteed the free flow of goods to Huawei so long as they were made outside the US.

Beyond this, Taiwan's leading chipmaker TSMC has been invited to build a $12 billion plant in Phoenix, Arizona, in a bid to create up to 1,600 US jobs and empower the widespread use of semiconductor technology for North American projects.

This controversial move is likely to boost the share performance of tech stocks and associated firms in the US, while simultaneously exacerbating the divide between North America and China and disrupting global markets.