According to the President and CEO of Sony Interactive Entertainment Jim Ryan, the PlayStation 5 reveal event that took place recently was only a scratch of the surface of their plans of what's currently being developed for Sony's upcoming video game console. 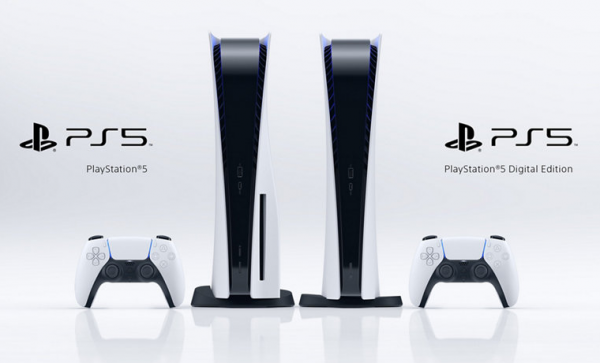 During an interview the BBC conducted with Ryan, they asked him about the large variety of games that the upcoming video game console PlayStation 5 reveal event stream showcased to everyone watching.

What Did They Reveal So Far?

Ryan stated that he wanted to show off AAA games that could show the PlayStation 5's full potential. But he also wanted to demonstrate that there are smaller indie games that are fantastic and they innovate with using the video game console's new features.

The show revealed the expansive array of games to experience on the PlayStation 5. Ryan claimed that this was only the beginning of the video game console's reveal and that there were many more games that they are working on right now.

The PlayStation 5 reveal event was what many gamers were looking for in a long time. The PS5 will offer unique and exciting video game experiences that will blow you away.

Have you ever wanted to experience being a cat exploring a setting inspired by Kowloon Walled City? Then the upcoming PlayStation 5 game Stray by BlueTwelve is for you.

Did you ever fantasize about living as an action hero stuck in a time loop? Look no further than Deathloop by Arkane Lyon, who are the developers of the Dishonored series and the amazing Prey.

There is also the new Spider-Man game coming for the PlayStation 5 from Insomniac Games that revolves around Miles Morales, which many people are excited for online.

It isn't surprising that Sony hasn't revealed its whole arsenal during the PS5's reveal event. It's an excitement knowing that what we have seen so far is only a small part of what the upcoming video game console has in store for gamers around the world.

The Details On The PlayStation 5 That People Want To Know

There haven't been any definitive answers to these questions as the release date has only been stated to be the holidays of this year. On the other hand, the price has been a rumor that keeps being leaked and no one knows which one is the actual price.

Regarding the release date, video game consoles usually fight for a November release date, which might be the case here. You can sign-up for pre-order notifications with many retailers, so you can be updated as soon as possible.

When talking about the price, the only details we know about it is that it will be a price that attracts gamers. Sony themselves said that it would be, so we know it won't be too expensive since most gamers aren't lugging around thousands of dollars in their pockets.

The Xbox Series X hasn't had its release date confirmed as well. It seems as if Sony and Microsoft are waiting for each other to reveal it first, so they can then reveal a better price and earlier release date.