Have you ever thought about being a pilot when you were a kid? Even just to stay behind the captain's chair gives you that amazing feeling of an airline captain behind the wheel.

But becoming a captain in real life would cost one millions and hours of nonstop training just to make sure the pilot knows what he's doing.

Thanks to Thrustmaster's Civil Aviation's product range, now you too can virtually step behind the wheel and fly.

According to an article from In Vision Community, Thrustmaster's latest products are officially licensed by AIRBUS: Experience, Windows PC users can now experience lifelike sensations and features of what it truly means to be an ariline captain in addition to its eagerly-awaited TM Flying Clamp, to mark the occasion.

This is also to celebrate the company's milestone of three decades in the business as one of the global leaders in flight simulation technology.

TCA's products are beautifully and masterfully integrated with civil aviation games including X-Plane 11 and Microsoft Flight Simulator. Here are the products that come with the new lineup. 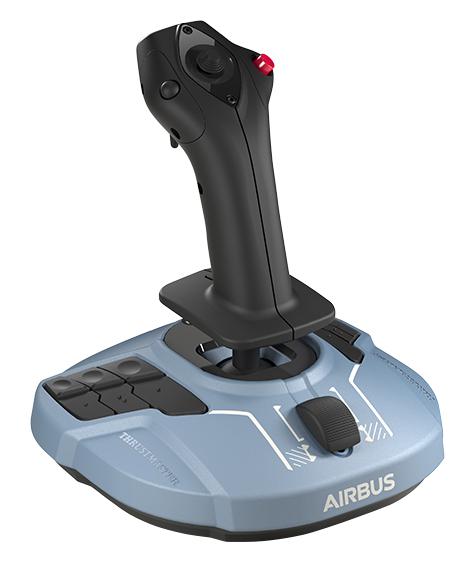 Joysticks are mainly used to move the plane in any direction the pilot wishes. The same goes for the replica of the actual Airbus sidestick (A320/A320neo type, 1:1 scale).

The TCA Sidestick Airbus Edition highlights 12 remappable action buttons that offer countless possibilities plus it also features a built-in throttle axis and a thrust reverser located in the base of the joystick which is a unique feature found on airliners.

This can help you maneuver the plane and make sure that you can control the plane's landing.

To make flying simpler for the pilots who love multitasking, the rudder can used to rotate the sidestick's handle. 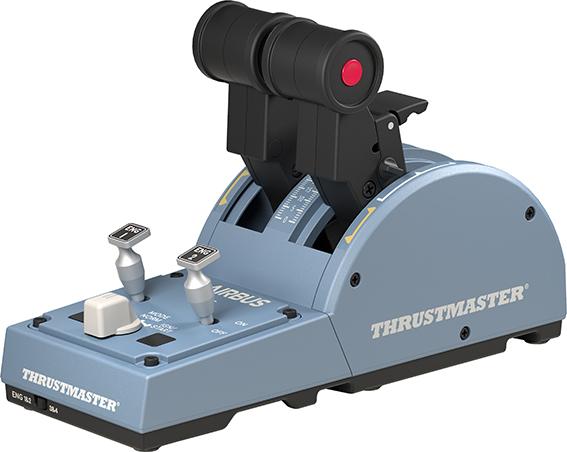 In layman's terms, this would be the device that makes the plan go from 0 to its designated speed.

This product will also include two add-ons that duplicates the real air brake, flaps, autobrake and parking brake features found on world-famous Airbus airliners including the A320 and A320neo.

Another feature that can be found in real airplanes are the two separate thrust levers and a built-in thrust reverser mechanism.

Both these products are equipped with Thrustmaster's celebrated proprietary H.E.A.R.T (HallEffect AccuRate Technology) system, giving it an unlimited lifespan of surgical precision, for even more realistic sensations - thanks to magnetic sensors providing up to 16-bit resolution.

Check out the product feature video below.

Should you wish to test, configure and program your newly bought controllers, then T.A.R.G.E.T (Thrustmaster Advanced pRogramming Graphical EdiTor) is perfect for you.

This powerful software suite is capable of combining all of your different compatible Thrustmaster accessories so that they're recognized as a single USB device, for enhanced modularity and customization of gaming controls.

Listed below are the prices for each respective product and their pre-order dates as noted by PC Gamer:

Read Also: Ultrawings: A VR Flight Simulator That Lets You Use Your Real Hands To Control