It would definitely be an understatement to say that the popular horror franchise being ported to the Oculus Quest has had the franchise's fans hyped and looking forward to it. 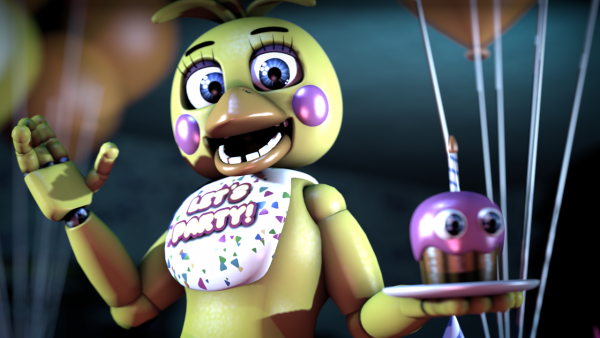 Fans of the Five Nights at Freddy's franchise have waited for so long for news of the franchise's main virtual reality game, which is subtitled Help Wanted, heading to the Oculus Quest.

Five Nights At Freddy's Is Coming To The Oculus Quest

Five Nights at Freddy's: Help Wanted was launched on regular VR for PC last year, but the first indicator that it would be ported over to the Oculus Quest came during a sizzle reel in Oculus Connect 6. Then an official announcement stating that the port to the Oculus Quest was genuine came weeks later in a post on the Oculus blog.The announcement post was made around Halloween, which was a great time to announce this port.

A few months ago, the developers of the VR game stated that the port to Oculus Quest would come later that year but it wouldn't take more than a couple of months. Later on, they said that they made tremendous progress in the game's development, and they claimed that they would give more updates soon.

There have been numerous gaming-related events recently, and Five Nights at Freddy's fans have been eager to find out more about the franchise they love. However, the news they were looking for only came today after their long wait. Oculus made an announcement saying that the game will be released in 3 weeks.

The tweet above was the announcement, which shows that the game is coming to Oculus Quest on July 16. A trailer was included with the tweet, which you can watch here:

If you scroll through the replies to the announcement, you'll see the numerous Five Nights at Freddy's fans react as they share their sheer excitement at the Oculus Quest port. You can wishlist the game on the Oculus Store right now.

What Is Five Nights At Freddy's Help Wanted?

Before you dive into what Help Wanted is, you need to know what Five Nights at Freddy's is, It is a franchise that is centered on the video game series that was designed, developed, published, and created by Scott Cawthon.

While you play, do your best to survive the popular horrifying living animatronics in this collection of classic and new Five Nights at Freddy's experiences.

This game is where fantasy and fun come to life, according to the slogan. But it is obviously not going to be very fun.