What Makes These Air Jordan 1 OG Dior Trainers so Pricey?

If you're looking to buy a pair of new sneakers, then you might want to check out this pair of Air Jordans.

According to a report from The Sun, the Air Jordan 1 OG Dior shoes were on sale in the UK at the fashion house's flagship New Bond Street store and nearby Selfridges for $2270 for the high-top version and $1,890 for the low.

24-year-old Charlie McDon came all the way from Liverpool just to get in line at 4:30 a.m. on a rainy day. 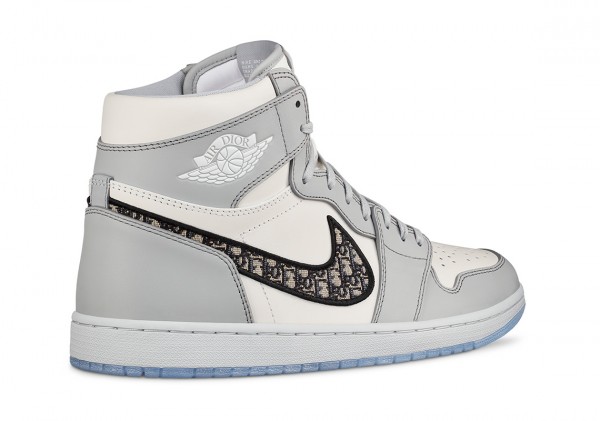 Out of the 13,000 pairs that were made, 8,000 were sold yesterday while the rest of these overpriced shoes will be offered to Dior's top clients and VIPs.

In an effort to rip people off for more money, sellers have taken to online resale sites and priced them as high as $18,910 and $37,820 at online marketplace StockX.

It was revealed last week that five million people had registered for a chance to buy the limited edition sneakers--dubbed "the most wanted trainers of all time".

So, what makes this pair of shoes so expensive?

How the Dior x Air Jordan 1s Are Made

We now get to see how the "Air Dior," developed by Dior's Kim Jones and Thibaut Denis, as well as Jordan Brand's Vice President of Design Martin Lotti came to be. You can also see this video below.

In the video, you can see that the collection is centered around an Air Jordan 1 and Air Jordan 1 Low, which provide a "perfect collision of authenticity and luxury," in the words of Jordan Brand VP of Design Martin Lotti.

Which you can guess is where the inspiration is from. Furthermore, the "Air Dior" AJ1 Highs and Lows are both built by hand in Italy, done up in an elegant mix of white and Dior grey that's constructed of the same fine calf leather as Dior's in-line leather goods as noted by Hype Beast.

The video also explained that the material they used was something they've never used before and that the color had to be the Dior Grey which was like a direct acknowledgment of sport's longtime influence on runway style.

"But the best part of the shoes is that when you take the sock liner out, the strobel line has the Dior pattern in it as well. So which is why every detail has been truly obsessed," said Lotti.

However, it doesn't stop at shoes. After going through the archives of both Dior and Jordan, they've released a whole apparel collection inspired by what he was wearing NBA star on the court and off the court saying he has more sophistication as well as street edge than any other player.

Accidents happen. That's life. But as long as you buy Crep Protect, everything will be fine. Just spray it on your shoe and done. Now, you don't have to worry about ketchup spilling on your shoe (but that doesn't mean it is not vulnerable to other accidental spills).

Read Also: Michael Jordan's Newest Movie Just Mercy is Out Now on Apple TV Plus and Ready for Online Streaming

The Craziest Facts You Didn´t Know About Marissa Mayer

One of the craziest facts about Yahoo CEO Marissa Mayer is that she´s one of those persons who tends to go out from a party without giving any kind of explanation.

Japanese innovation is currently creating a buzz in the clothing and fashion industry with their new technology on projection mapping. It broadens the application of projection mapping from flat surfaces to the unpredictable fluttering of clothes and other materials.

In probably one of the most unlikely collaborations ever, American clothing company Levi Strauss and internet giant Google teams up to create a denim jacket that responds to smartphones.

Met Gala 2016: Event Showcases The Future Of Fashion And Technology

Met Gala with the theme 'Manux x Machina: Fashion In An Age Of Technology' showcased several intricate designs blending both modernization and technology with fashion.

Claire Danes channeled a Disney princess in her illuminating dress.