It's happening with restaurants, offices, bakeries, and retails stores, businesses everywhere are trying to discover a way to get back to how things used to be now that the first wave of the coronavirus is starting to fade away around the world. 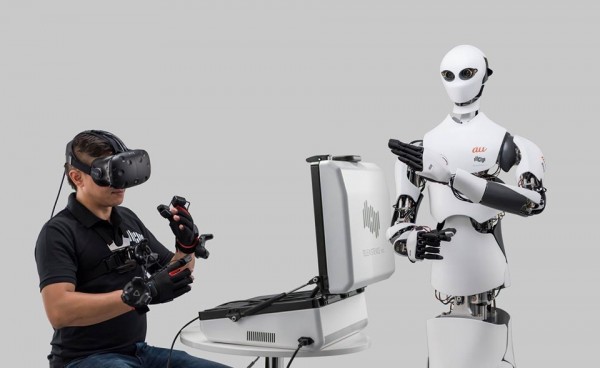 The FamilyMart convenience store chain in Japan has begun a new approach that may seem odd at first. This chain is replacing several of its employees in the store with robots meant to stock the shelves.

According to the Telexistence website, the Model H humanoid robots are equipped with binaural microphones, stereo cameras, and haptic sensors. The robots' design seems like a combination of the classic depiction of aliens where they look like little green men with a Cyberman from Doctor Who. However, the robot has a wheeled lower half so that it can move around quicker.

It isn't another instance of advanced robots replacing humans and taking their jobs. Humans operate these robots from Telexistence by using a virtual reality headset and haptic gloves, which lets the human operator move the robot around.

Thanks to the human operator, the robot can carry out its tasks more efficiently, while it also has the added benefit of letting the employees keep their jobs of stacking shelves. But this time, they're controlling a robot to stack the shelves instead of doing it in person. These employees will have to report to work at VR terminals at a separate place from the store.

On the website of Telexistence, it states that telexistence is a concept where a human is released from their space-time constraints by using a remote-controlled robot to extend their being. Professor Emeritus Professor of the University of Tokyo, Dr. Susumu Tachi, first proposed this concept in 1980. It is an evolved form a robot system where the human operator of the robot receives the information of the robot's sensors, and the operator controls the robot to do different tasks remotely.

Read More: Is This Photo of a 'White Obama' A Product of AI's Racial Bias?

Japan has been innovative in the past, and this isn't the first time they've done something involving telepresence. A few years ago, a restaurant was staffed by remote-controlled robots controlled by people with disabilities ranging from ALS to spinal cord injuries. The project's purpose was to help these individuals have independence where they would otherwise not be able to have the chance to do the work due to their disabilities.

With how the situation with the global COVID-19 pandemic is going, the initiative of FamilyMart has a goal that seems to be focused on socially distancing people instead of connecting. However, the convenience store chain is an impressive look at a possible use for telepresence robots.

Time Out Tokyo has reported that the Telexistence robots are being deployed around a select few FamilyMart branches in Tokyo this summer. They hope to have the robots installed in 20 stores within two years.

Despite the amazing graphics and the intense gameplay, there's always something that's lacking when you play these games- and that's immersion. And what better way to dive deep into the game than letting go of the controller and go virtual in the full version of the 2019 game- Into the Radius.

In Hawaii, car washes are pushing to keep the staff and drivers safe amidst the global pandemic. Measures are being put into place to protect the safety and health of the people at the car wash.