When people think of old and unused belongings, normally, it would be discarded or thrown away since they don't know its true value.

However, rare goods collectors do. So when an unopened copy of a vintage Super Mario Bros. video game has been sold for $114,000 in an auction, you'll know that there are just some things worth keeping a little while longer until you know its true value. 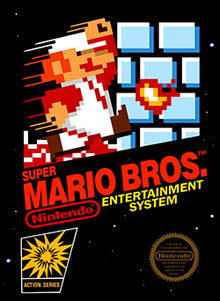 In an article from the Chicago Tribune, a bidder who wished to remain anonymous snapped up an early version of the pioneering Super Mario Bros. game released in 1985 for Nintendo's NES console during an auction conducted Friday, July 10, by Dallas-based Heritage Auctions.

The Super Mario Bros. copy that sold for a new record was part of a collection of video games from the 1980s and 1990s that sold to various buyers for nearly $700,000, which was well above Heritage Auction's initial target of about $500,000.

According to Heritage Auctions Video Games Director Valarie McLeckie, she mentioned the demand for the 1980s game was extremely high as noted by the Rolling Stone adding that they failed to anticipate how much bidding action there was going to be since it was live-streamed on the website.

Heritage Auctions explained what makes this first edition of Super Mario Bros. game special was because of its packaging that used boxes with a cardboard hang tab underneath the plastic, which was an indication that it was part of one of the first variants produced after Nintendo started using shrink-wrap to seal the games rather than stickers.

The copy in question was also graded 9.4 out of a possible 10, meaning it has been kept in near-perfect condition since its manufacturing.

According to a report from The Independent, this auctioned game holds the title of the most valuable video game in history, beating another edition from the same batch manufactured in 1985, which was sold at auction for $100,150 in 2019.

The game was designed by Shigeru Miyamoto and Takashi Tezuka as "a grand culmination" of the Famicom team's three years of game mechanics and programming.

Even after more than 30 years have passed, this game is frequently cited as one of the greatest video games of all time, with praise on its precise controls that sold more than 40 million copies.

This was one of the games that helped rebuild the video gaming industry after the 1983 crash. Koji Kondo's soundtrack is one of the earliest and most popular in video games, making music into a centerpiece of game design. And they say the rest is history.

Art leaks posted online recently seems to reveal that "Mario + Rabbids Kingdom Battle" will be the next big Switch title. As the title implies, this new video game will be a crossover of the two popular titles.

The NES Classic Edition Has One Minor Problem; How To Resolve It

Everyone is excited about the NES Classic edition and I hope they won't get disappointed, especially the part where a limitation is set on where you can sit while playing. Read here to resolve the short cord issue.

Speedrun is a gamer's badge of honor which other players try to break. In "Super Mario Bros.," speedrunner Kosmic thought he finally broke Dardian's record.

The moustached plumbers, Mario and Luigi, will make a comeback in print as "Super Mario Adventures" gets a graphic novel release on October.

Nintendo Vans Collection: Let Your Inner Geek Show [Price and Where to Buy]

Vans has collaborated with game company giant, Nintendo, to add another classic to its long line of pop culture inspired shoes.