After berating an Asian family at a casual restaurant on the fourth of July, Micheal Lofthouse has decided to step down. 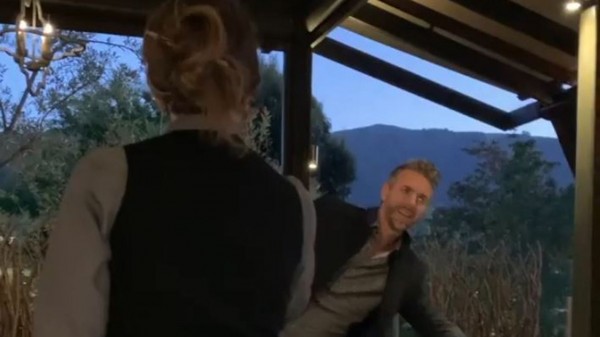 In a report from CNN, he had confirmed his resignation from Solid8 adding that all business relationships will be terminated immediately.

"I will make it my duty to ensure my personal actions do not continue to have a detrimental impact on those people closest to me." continued in the email.

He was caught on camera verbally attacking Jordan Chan and her family while they were out celebrating her aunt's birthday which took place at Bernardus Lodge and Spa's Lucia restaurant in Carmel Valley.

Jordan Liz Chan and the family were just singing happy birthday to their aunt and taking pictures, when Lofthouse began to calling them a "f***ing Asian piece of s***" while telling them to go back to the country where they came from adding that Trump is going to f**k them.

Gennica Cochran, who was the server at that time was watching Michael Lofthouse all night Cochran after he switching tables, sent food back multiple times and was rude to her manager, in a report from Global News before telling him to leave and never come back saying that this was no way to treat valued guests.

"I felt very protective of them," she emphasizing how people have wanted to eat out after being stuck at home quarantine for so long. "Most of these people, this is the first time that they've been out to dinner and then you have someone attacking them, it was just no, no, I don't have time for this."

Vice president and general manager of the Bernardus Lodge & Spa Sean Darnery said that he was "proud of our staff at Lucia in keeping with Bernardus Lodge's core values."

American singer-songwriter Kelly Clarkson commended the waitress for speaking out against racism and reminded everyone that change won't happen if we don't do something. You can see the tweet below.

THANK YOU SO MUCH to this woman for speaking up and throwing this trash out! Y’all keep standing up for people and for what is right! We all bleed red! Keep calling hate out! It’s unacceptable, ignorant, and disgusting! Change won’t happen if we’re sittin’ down so keep standing! https://t.co/ZplFma22cU — Kelly Clarkson (@kellyclarkson) July 6, 2020

He has already issued an apology to the Chan family after the incident.

Enrolling in a Anti-Racism Program

As part of his journey to sobriety, he has enrolled in an anti-racist program acknowledging that he was complicit in a system that enables this behavior and broken beliefs and promises to change no matter what.

"To the Chan and Orosa families, Gennica Cochran and the Lucia restaurant at Bernardus Lodge please accept my heartfelt and sincere apologies, I hope that the conversations and awareness that this incident has created can act as a catalyst for necessary change. It is my commitment to you to overcome my issues and be part of the solution for an equal and compassionate future," he wrote.

Read Also: Done with The Help on Netflix? Here are Other Must Watch Movies About Racism