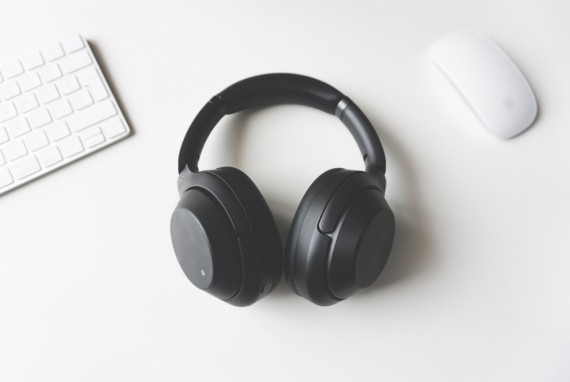 The Sony WH-1000XM4 is the direct successor to the successful WH-1000XM3 that was launched two years ago. From the outside, nothing has changed much. The mostly plastic build with plenty of padding makes a re-appearance in Sony's latest noise-cancellation beast. Perhaps this is Sony's way of saying if nothing's broken, don't fix it.

However, don't be fooled. The outside may appear to be the same, but underneath, numerous improvements have been made-for better or for worse.

This time around, the right cup is now touch-sensitive. It allows control of playback, skipping of tracks, and changing the volume. Users can connect to their devices by using either Bluetooth 5 or by simply opting for the old but reliable 3.5mm headphone jack.

The 1000XM4 is also quite smart. It can detect, and pause the music you're playing, once you take off the headphones. It can then automatically resume playback once it "feels" you're wearing it again. Connectivity has also been improved as Sony's latest model features multi-point connection-two devices at once to be exact.

Speak-to-Chat is also a new feature. If switched on, the microphone can detect once you've started speaking. It will then pause your music. By normalizing the audio levels, you can speak naturally even while wearing the headphones. It'll surely save you from those awkward moments where you are unknowingly shouting at the other person because your music happens to be too loud.

Sony's WH-1000XM4 still uses the same 40mm drivers found on the previous model. Though the sound is warm and balanced, when required, it can stand out through bass-heavy tracks. Speaking of bass, it's clear and powerful but not really that emphasized since this isn't Sony's Extra Bass line of ear cans.

The WH-1000XM4 also supports 360 Reality Audio. It too has LDAC and AAC support but sadly, no support for aptX or aptX HD.

This writer personally uses a Sony XB950N1 which has a great battery life that extends up to 21 hours. If there's one thing that Sony excels in aside from the audio quality and reproduction of its products, it's their devices' battery life. The Sony WH-1000XM4 can last up to 30 hours with ANC turned on. Once the battery's running low, you can simply charge it via its USB Type-C port.

You can't really have everything, now can you? These aren't serious gripes but rather mostly constructive criticism. Nothing's changed that much appearance-wise. Though we're fans of tried-and-tested designs, it won't hurt if Sony would change its latest offerings even if just a bit. The WH-1000XM4 isn't also water-resistant and since its design doesn't really offer a secured snug fit, we won't be recommending it when hitting the gym or going for a quick jog. Call quality isn't that perfect but it's not that bad. Here's the "worst" side-effect of having a really smart pair of ear cans. Singing can pause the music you're playing.

How to Turn on Bluetooth on Windows 10

How to turn on Bluetooth on Windows 10 is a common question for those who just upgraded their PCs. Previous Windows versions weren’t that straightforward when it comes to setting up wireless connectivity but Windows 10 made it easier for users.

How Does Vinyl Work? Awesome Old-School Piece of Tech for Today's Listeners

How does vinyl work? Well, before we answer that question, let it be known that it’s expensive and quite inconvenient to use, but we’re still loving it.