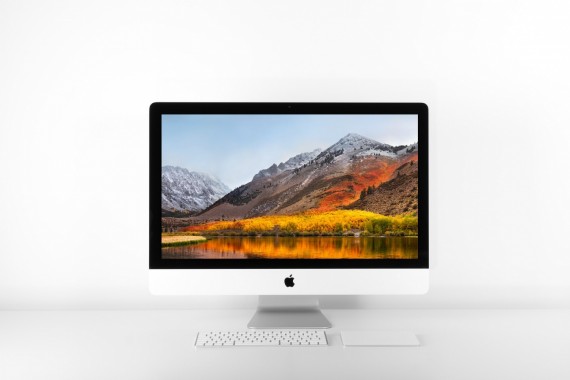 Apple's iMac 2021, if the leaks prove to be accurately correct, will be the first in Apple's line of personal computing devices that use its own in-house graphics card. It's heavily hinted that the launch will occur during the last half of next year. Coincidentally, this same estimated timeline also involves the rumored launch of Apple's first ever iMac that uses ARM-based processors.

Looks like we've reached the point where most tech giants no longer prioritize speed and raw computing power. This change of direction could be heavily influenced by users' constant need to have devices that have longer battery life even if at the cost of a slight decline in processing power.

Are we going to see a repeat of that epic moment back when Steve Jobs introduced the first iPhone? It's a phone; it's a music player; it's an internet device (repeat as many times as necessary to get the desired results).

Read also: Crysis Remastered in 8K: Are You Ready to Melt Your PC?

Apple's iMac 2021: What happens after the move to an in-house graphics card?

It's codenamed "Lifuka." We're not really sure what an island in the Kingdom of Tonga has to do with a GPU. What we do know, however, is that this in-house Apple GPU will use TSMC's 5nm manufacturing process. Yes, it's the same manufacturing process that'll be used in the upcoming MacBook's and iPad Pro's A14X processor.

In the tech world, the smaller components become, the lower the power they require. This directly equates to longer battery life and higher computing performance. Now you might ask, how about when it comes to gaming? Sure, there are other devices out there that could run Crysis in 8K. But does it make Apple's Macs worse? Macs weren't designed primarily for gaming. The change to an in-house GPU isn't primarily about being able to play the latest games.

The report from Chinese publication Commercial Times further states that Lifuka will also use Tile-based Deffered Rendering (TBDR) technology. This piece of tech will be licensed from Imagination Technology. This will allow developers to make much better professional application and game software.

Is it really a total goodbye for AMD?

Well not really. For the more powerful iMac models, they'll still continue to use AMD cards. The iMac Pro workstation, for example, requires really powerful cards that at the moment, AMD supplies. But for "regular" iMacs, Apple will likely replace the lower-end AMD discrete GPUs with their own approach at built-in graphics solution.

The same report also adds fire to the rumor surrounding Apple's first Mac that's ARM-based. The 12-inch MacBook is set to be released in the wild before the year ends. It's also rated to have a battery life of around 15 to 20 hours. This model has been previously dumped by Apple but looks like it's going to see the light of day this time around.

Read also: Apple to Possibly Use Cheaper Parts for Its Newer Models