Why You Should Not Join Team Instinct On Pokemon Go 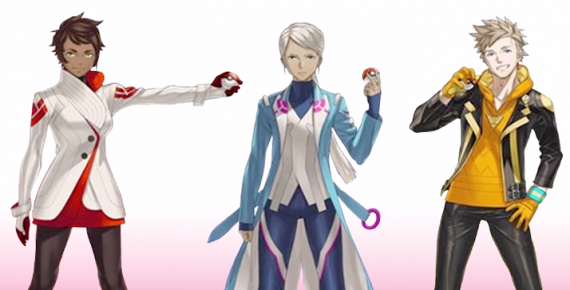 Have you reached level 5 in Pokemon GO yet? You should be good, as long as you don't select Team Instinct. (Photo : IGN/YouTube)

In Pokemon GO, once players reach level 5, they get the chance to choose which team they'll join: Team Mystic, Team Instinct or Team Valor. While choosing a team in the game doesn't necessarily reflect success, there are those who believe that Instinct isn't worth picking. I know, some of you (especially the yellow ones) might be furious by now. But hey, there's actually a reason why you should not choose that team in the first place.

But first, let's give these Pokemon GO teams an introduction.

According to Tech Insider, Team Mystic (represented by Articuno) in Pokemon GO approaches all sorts of situations logically and academically. This means that they have a very systematic way of handling things. Well, that should explain why they view Pokemon as something that is "immeasurably deep" and thus need detailed analysis.

Team Valor in Pokemon GO, unlike Team Mystic, is ambitious. They do things in a fiery attitude (no wonder Moltres best defines them). But make no mistake, their intelligence is a force to be reckoned. For them, Pokemon are too powerful that the only way to train them accordingly is to establish a strong bond.

Of all the Pokemon GO teams, Instinct (represented by the legendary bird Zapdos) see things in the Pokemon realm differently. In every situation -- gym battles in particular -- the key to winning relies solely on a trainer's, well, instinct. That, among others, trusting one's gut is simply the basic formula -- or at least for them.

The reasoning here basically boils down to how you see Pokemon GO as a whole -- and this despite what I mentioned about the teams not having a major impact in the game. If you really think that the game is all about trusting your instinct, then you're better off with Team Instinct. But really? Do you think that hatching and stuff is just about plain intuition? I don't think so.

In Pokemon GO, Spark (the leader of Team Instinct) talks about intuition being the key formula to hatching egg. Heck, he even goes further by saying that "you never lose when you trust your instincts." So, if that's the case, does it mean that you'll lose if you think otherwise? Think about going up against a Blastoise of CP500 with a Weddle of CP34 -- do you think you'll win because your instinct tells you so? I bet not, right?

Among the reasons why Pokemon GO players tend to hate joining Team Instinct (you can check this poll here) is the fact that the team is disjointed in one way or another. Add this to the fact that they are strangely portrayed (trust your instinct, dude!). There's no doubt that players would rather try their luck achieving triumph through sheer combat than trusting their profound instinct.

In conclusion, however, Niantic has yet to add a feature that clearly defines your chances of winning Pokemon GO gym battles if you join a particular team. So whether you're with Mystic, Instinct or Valor, if you don't have the right skill and Pokemon, chances are, you'll fall hard. But still, don't just merely trust your instinct!

Was your Pokemon GO account banned by Niantic? Try these workarounds, and you might just get it back!

Pokemon GO Players Getting Fake Ban Emails; How To Tell If Yours Is Real

Did you receive the Pokemon GO ban email recently? Know if it was real of fake here!

Want to catch rare Pokemon GO creatures in New York? Here is a guide to conquer the Big Apple!

The Pokemon GO latest rumor suggests that a rare Shiny Pikachu is coming. There are speculations that Niantic will release this rare Pokemon during its first-year anniversary event.