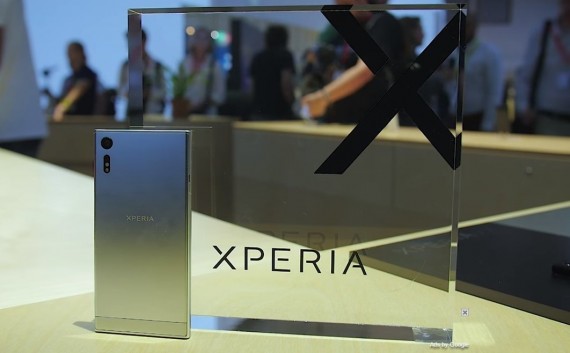 The Xperia XZ is said to be the latest flagship of Sony and will bring success for the company's smartphone business. (Photo : Android Authority/Youtube)

Sony's X-Series smartphones have rapidly expanded this year. Today, it's already a clan of five with the arrival of the new Xperia XZ flagship device. Xperia XZ is the finest phone of the group, bagging Sony's best camera technology now as well as some striking specifications.

The Sony Xperia XZ is the new headliner with superior hardware, a larger display, a new and enhanced camera, stunning design, and, of course, water-proofing.

In this review, we're going to find out if the new Sony Xperia XZ will be a top-notcher and this will be a good deal on its price.

According to Sony, the Xperia XZ is made up of new metallic material known as Alkaleido which boasts an impressive natural brightness and purity.

The Sony Xperia XZ is a nice-looking smartphone. It houses a 5.2" display sheathed in a metal body which is remarkably curvier than with earlier Xperia smartphones. Sony calls this Loop Surface and is designed to make the phone appear unified while at the same time making it more comfortable to hold.

Sony also returned the reassuring water-resistant design for the XZ, which is missing in the Xperia X and the Xperia X Performance. Thus, users can once again use their phone in the bath or even take a selfie in the shower.

The new design is awesome and the phone is a pleasure to grip, but one thing that would have been better thought out is the back strip at the bottom that shelters the antennas. By some means, it disturbs the whole design and takes away the perfection.

At the front of the device, on top of the display, sits the front-facing camera, earpiece, as well as the proximity and light ambient sensors.

Below the screen is the loudspeaker of the phone, which has the same cases with the previous Xperia devices. Unfortunately, it can be covered by the palm when it is used in landscape mode.

The right side of the phone is quite populated with buttons - from the topmost is the power button, embedded on it is the fingerprint scanner for security, going down is the volume rocker which is quite hard to reach in a single-handed operation and last in line is the dedicated camera shooter key which is very useful when taking a photo especially when the device is wet. On the left side, the device features the flap covering the SIM card slot and the microSD card slot.

The top of the phone holds the 3.5mm audio jack and a microphone and in the bottom resides the USB Type-C port for charging and data transfer. A microphone is also at the bottom.

The device gets Sony's X-Reality engine too, which artificially tinkers with movies and photos when activated. Otherwise, you can also toggle on the Super Vivid mode which enhances colors to make them really pop off the screen.

With regardsto software, the Sony Xperia XZ runs Android 6.0 Marshmallow topped with slight touches of Sony. It is expected that the XZ will get the latest Android update at some point in the future. SO far, the date of the update's rollout is still unsure.

The smartphone also feature Xperia XZ intelligence, which the company asserts can learn your habits and get smarter as you use it. However, the company is yet to offer a precise explanation on how this improves your smartphone experience.

The Xperia XZ is powered by a 2,900 mAh battery. It is a subtle upgrade over the X Performance's battery. It is capable of Quick Charge 3.0, but you will probably need to buy a Sony fast charger which is not bundled inside the box. The battery supports also adaptive charging called Battery Care for prolonging its life cycle. It learns when you are charging your battery overnight. It stops fast charging around 90% and continues to gently charge your battery up to 100% until the morning. Sounds awesome, right?

Just like the Xperia X Performance, the Xperia XZ runs on the Snapdragon 820 processor, mixed with 3GB of RAM, so, expect the device performs smoothly at all times, especially as the phone can habitually improve its running rates by separating and closing down unused apps.

Alongside with the 64-bit processor and 3 GB of RAM, users can find a base storage of 32GB but if not enought for all your mobile needs, be happy to know that it can extended by a whopping 256GB via the included MicroSD card slot.

According to Sony, the Xperia XZ comes loaded with advanced photography technologies that can be recognized from other Xperia smartphones. They also added triple image sensing technology to analyze, adapt and capture perfect shots in challenging conditions.

The Xperia XZ is all about the cameras. Sony is famous for doing advanced camera technology for its flagship Xperia line, and the Xperia XZ is no an exemption. The device packs a 23 MP camera at the back with triple image sensing technology. These sensing technology includes three sensors - an imaging sensor for movement, a laser autofocus sensor for measuring distance and an RGBC-IR sensor for accurate color reproduction. These help users take accurate and in-focus shots efficiently.

The front-facing 13 MP shooter is not to be scoffed at either. It is improved by introducing a wide-angle lens for more extraordinary selfies.

However, while the camera takes photos exceptionally quickly and the photos are generally crisp, zooming into images exposes slightly over-the-top noise reduction, making the photos look slightly soft and blurry. Though it's not the only smartphone that is guilty of this, it is an expectation for a company like Sony, especially with its emphasis on the camera capabilities of the Xperia XZ.

Sony's Xperia XZ is an attention-grabbing flagship for it break the standards with respects to its design and colour options instead of going curvy like Apple and Samsung. Sony was fixed to its angular design and has always been producing something that feels good in the hand and appears like a premium flagship smartphone with a gorgeous, glistening varnish. The 23 MP camera at the back offers an impressive technology, but the aggressive noise cancellation lets it down a bit.

The Xperia XZ will be launched in early October this year and is placed over the Xperia X Performance. This also means you could expect a price tag north of €700.

With all the Android devices that are being released this year competing which among them deserves to be on the top of its kind, here are the Top 5 Android Phones that are the “must considered” over the rest.

Does the Xiaomi Redmi 3S Prime hold up to the standards of smartphones today?

Two new smartwatch were announced before August ended - the Samsung Gear S3 and the Asus Zenwatch 3. With some modern and up to date features, there are some reasons why these two watches could be better than the Apple Watch