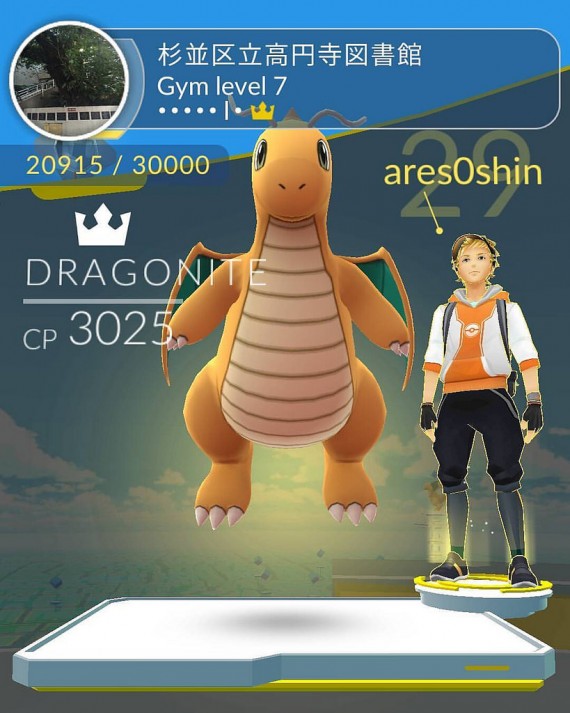 Capturing rare Pokemon in Pokemon Go can be exciting and frustrating at the same time. Picture this, you spotted a wild Dragonite, you tap on it, try to catch it but it seems that he is too far away. After several tries, you finally caught it but with the cost of around 6 Ultra Balls. This scenario is very common among us Pokemon trainers, and most might even know the trick to this but anyhow we will still post this article for everyone's conveniece because people like to save on batteries and you can relate to this statement if you continue to read below.

First things first, scenarios like on the first paragraph most likely would happen when the Augmented Reality (AR) feature is off. If so, chances are the game loads the Pokemon at a certain 'distance' from the player. Because of this, it would require you to throw the ball 'further' as you make more effort into swiping forward compared to just catching a Weedle which is situated just 'below' you.

How to combat this?

Fortunately, a Reddit post published a way to save you some precious Pokeballs. All you need to do is turn the AR back on, find where the Pokemon is, walk towards it, and boom! You got yourself an easy target. Just remember not to bump into another person or fall off a gutter while doing so.

See the actual tutorial below:

Here's a tip that could have saved me 30 ultra balls today if I had known about it. from pokemongo

A modified 'trick' has been added by another Redditor in form of a reply. It simply says you can turn on the AR then back to off again, this would 're-center' the Pokemon and load it to a comfortable distance where you can make an easy throw

Comment from discussion Here's a tip that could have saved me 30 ultra balls today if I had known about it..

How do you like this tutorial? Hit us with comments below. As always, stay safe playing Pokemon Go.

'Pokemon Go' Guide: 5 Tips For Trainers Level 30 And Up

It's lonely on top, so you might as well read these tips to stay on the game.

'Pokemon Go' Guide: 8 Tips For Trainers Level 20 And Up

Oh, what's this? You are on level 20? It will get harder and harder to level up going forward. So you might as well read this.

Is this another 'shots fired' story? Are we getting an impression that Sony would compete with Pokemon Go's success?

'Pokemon Go' Guide: How To Earn Candy With Buddy Pokemon

A nifty table for walking your Buddy Pokemon to know how many km you need to travel for candy.

Pokemon Go Tips and Tricks: How To Skip The Egg Hatching Animation

There has been a simple trick to skip the screen-hogging egg hatching animation, has been there right under our nose from the start.