Why PC Gaming Is Still Way Better Than Console Gaming; What This Means For PlayStation 4 Pro And Xbox One S 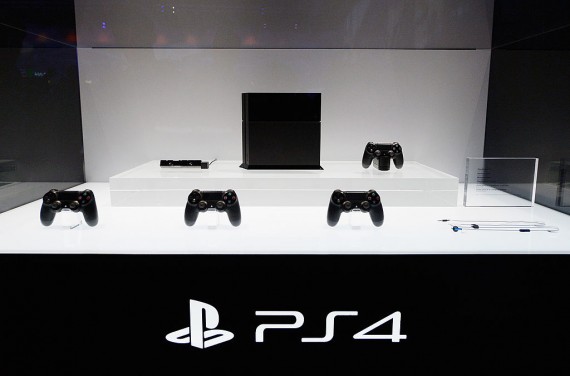 With the unveiling of Sony's latest video game consoles, the PlayStation 4 Pro and the PlayStation 4 Slim, critics have pointed out that PC gaming is still way better than playing on these platforms. But why? (Photo : Kevork Djansezian/Getty Images)

Gaming on your PCs has been made more affordable than ever recently and for many, PC gaming is considered to be of the best value. This point has been proven, ironically, with the launching of Sony's PlayStation 4 Pro, and here are some of the reasons why.

Video Cards are essential for great PC gaming, the prices of which have drastically lowered lately. An example of this is the Radeon RX 480, which costs a mere $200.

A graphics card which enables you to play at a screen resolution of 1080p and 60fps would require you to shell out the same amount.

People are expected to get frustrated by November. The PlayStation 4, which a lot have bought some few years back, was believed to be the most powerful gaming console ever.

This made them expect it to last for years. These consoles, however, don't give any room for upgrades of any sort.

If you want to "upgrade" your PS4, the only way for you to do so is to get a whole new unit altogether.

Console games have been around for decades, and a lot of these games from back then are accessible for PC players to this day. GOG.com is one of these sites which allow you to do so and allows you to play a lot of mods for a better gaming experience.

There are just so many console games you can play on the PC nowadays, and some of us would love to play as we would with a console. Some of these popular Console to PC games include Assassin's Creed and Dark Souls.

The playing experience for these games would be great with a gamepad. It is, however, much less of a hassle to connect to a controller the DualShock 4 or the Xbox One controller for the PC with Bluetooth.

PC also supports game controllers better now, most especially those which have been released on big platforms. Given all these advantages, PC far outweighs the benefits of playing on gaming consoles.

PlayStation Neo Vs Xbox One S: Everything You Need To Know

Get to know the perfect video game console for you: PlayStation Neo or the Xbox One S?

Everything You Need To Know About PlayStation 4 Neo: Specs, Release And More

NBA 2K17, the most awaited basketball simulation video game, will finally be out next month.