The iPhone 7 Is A Good Phone; Why The Apple Product Does Not Deserve The Backlash 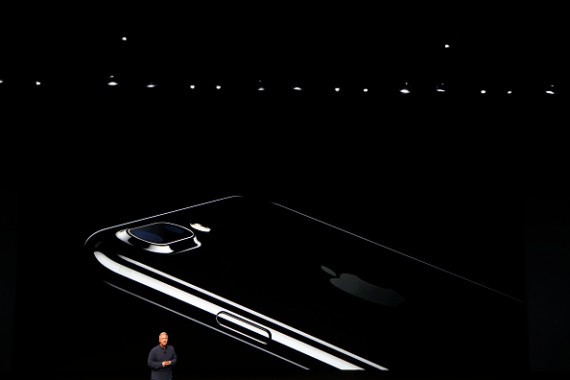 The iPhone 7 has received a lot of negative press ever since its release. But when it comes down to it, the new flagship is still a great unit to own. (Photo : Stephen Lam/Getty Images)

There has been some really hard rocks thrown against the iPhone 7 and iPhone 7 Plus. Many questioned why Apple made such decisions on the unit - like removing the audio jack - and why there were obvious features - like wireless charging - that were not included? But when it comes right down to it, both the devices are still great units to own. And like with almost every Apple product, they offer something new to the market.

The Elephant In the Room: Apple's Missing Audio Jack

As The New York Times notes, the audio jack made plenty of usual Apple followers think twice about purchasing the iPhone 7 or the iPhone 7 Plus. And while this could be difficult in some situations, there are people who have already gotten over this missing piece.

The units were only announced on September 7, but the pieces of news that do not make fun of the earphones that connect via the Lightning port, pretty much say the same thing: you hardly notice the difference after a while.

After all, Apple provides two choices with the iPhone 7 and iPhone 7 - the Lightning connected earphones and a converter. In essence, Apple is not cutting users from the 3.5mm audio jack world. There is also the option to purchase Air Pods.

What Was Taken Gives More Back

Besides, the 3.5mm audio jack was removed to make room for so much more. The iPhone 7 and iPhone 7 Plus sport faster processors, better batteries and are now waterproof. And the promises and claims of Apple have all carried themselves through.

As the publication confirms, the quickness of the units are evident with use and the batteries do survive longer. In addition, both the iPhone 7 and iPhone 7 Plus have survived numerous water tests.

In addition, Apple drastically improved its camera feature by including a dual lens system in the iPhone 7 Plus. This feature relies on the two rear cameras to simultaneously take one photo and combine the same to create a more artistic photo.

The world has been waiting for the 2016 MacBook Pro and the iPad Pro 2 for quite a while - but it looks like the devices may very well be worth the wait.

5 New Tricks For Your Apple Watch Via watchOS3

Following the unveiling of the Apple Watch Series 2, the Cupertino-based company has just released watchOS 3, which adds on even more tricks underneath the wearable’s elegant design.