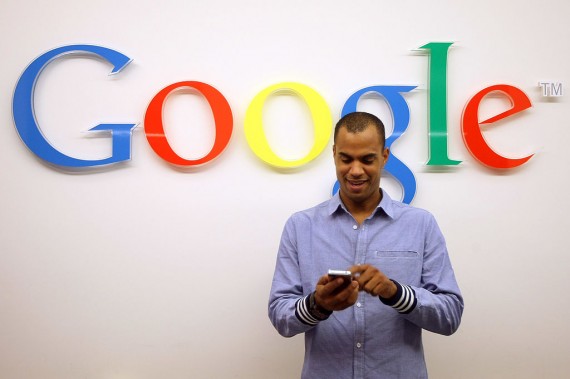 Google is on an ambitious rise to power as it will showcase its new arsenal of gadgets in its October press-con. (Photo : Adam Berry/Getty Images)

Google has one of the most anticipated events happening on Oct. 4. Following its massive campaigns teasing prospect products to launch on said date, tech geeks can expect an exciting announcement with a list of devices already in the pipeline.

Here's what you can from Google's Oct. 4 press event:

First announced at 2016 Google I/O event, Daydream VR gained popularity after speculations that it will replace Google Cardboard. The search giant pointed out, however, that Daydream VR is intended for higher quality mobile virtual reality experience.

The device boasts comfortable headsets and a smarter controller. Daydream VR is coming in fall 2016.

With only a meager amount of details available, Google has continued to tease the tech community by not confirming rumors in relation to Pixel and Pixel XL phones.

Earlier last week, supposed ads of the phones have been around the streets of New York City, catching attention of passersby. Google's massive spending on this campaign was seen to defy Samsung and Apple's marketing ploy.

There had been reports that this unlikely move of Google might be the company's first steps to venture in hardware products.

In another news, Google is reportedly ditching the Nexus line in favor of Pixel. There is no confirmation yet from the company.

The latest Pixel and Pixel XL renders leaked shows the phone having thin bezels and less components around the build. Both will sport a 4-gigabyte RAM and 12-megapixel rear camera.

What looks to be the distinguishing feature between these smartphones are the screen and battery sizes.

Pixel 3 Laptop: The Future Of Chromebooks

With the success of Chromebook, Google is also expected to release a new breed of laptop that would surpass Chromebook's performance. The device is reportedly scheduled to hit the market late 2017.

According to rumors, it will run on Andromeda, a powerhouse combination of Chrome and Android operating system (OS).

As mentioned, Andromeda will be Google's next OS in the works. Per reports, the developer will bring together Chrome and Android.

Google Senior VP Hiroshi Lockheimer already hinted on Twitter before that his company is coming up with something huge in the OS department.

Another device to run Andromeda is a Huawei-made tablet. According to tipster Blass, the tablet will have a 7-inch screen display.

If true after all, the tablet will be the first to run Andromeda. There are no more details about this tip, however.

Chromecast Ultra is reported to be a 4k-capable digital media player. The information was revealed last Tuesday, Sept. 27 on Twitter by a tipster named Evan Blass.

Google's digital media player is reported to cost $69, which is much more expensive than the original Chromecast. The price explains the power the device has as it is capable to stream content with 4k resolution.

In response to Amazon Echo, Google is manufacturing the Home device. Google Home was first announced at the 2016 Google I/O event.

As presented, the device will have basic home functions to include playing music and telling weather forecast.

Google Home will have a microphone and a Bluetooth speaker.

Google is also expected to release a new Wi-Fi router. According to reports, it will be a Wi-Fi mesh device like Luma.

Android is post-celebrating today its eight birthday and as announced on Twitter, it is throwing 'something sweet.' See how funny and outrageous fans' reactions can be.

Android 7.0 Nougat is finally opening to Sony Xperia devices, including X, Z5 series, Z3+ and Z4 tablet. Here's a list of countries where it will be available.

Google is going all out in its new ad campaigns in New York City for Pixel and Pixel XL phones which will reportedly be announced on Oct. 4.

Google's Solar Roof Will Force You To Get One

The company’s “Project Sunroof” now shows you which of your neighbors have already put solar panels on their roof.

If you’ve applied for car loans in the past and have been declined, you will know how disheartening it can be. And if you’ve been refused car finance, you may think you won’t get accepted anywhere else. However, not all hope is lost! If you’re applying for car finance with bad credit, there are a few easy ways in which you can increase your chances of being approved.