Expect These 5 Video Games On The Big Screen Soon 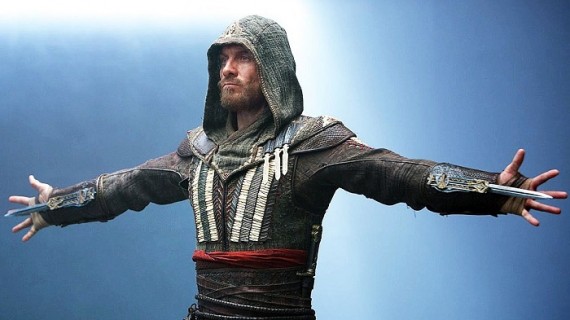 Video game to movie adaptations have not really sit well to most fans, given the success of Warcraft in particular. But still, it doesn't necessarily stop filmmakers from pursuing such journey. In fact, there are a good number of video games that'll be making their way to the big screen. And that's where we want to enter -- we want to let you know which the best ones to look forward to. Well, without further ado, here are the top 5 in the list.

This should obviously be the number one on the list of video game to movie adaptations. Ubisoft's tentpole franchise has definitely made a name in the industry, being among the best in the gaming market. If you're a big fan of Michael Fassbender as well as the game, you'll know just how the actor sync well to the character's psyche as a whole. But hey, it's up for you to judge. The film is scheduled for a release come Dec. 21 this year.

Yes, you read that right -- Resident Evil: The Final Chapter is among the highly anticipated video game to movie adaptations out there. It's worth noting that the series, since the previous title, has already accumulated a total of 5 zombie-packed entries. The forthcoming film is expected to hit the big screen come 2016. And oh, by the way, it'll be starred by the fan favorite Milla Jovovich. Besides, I can't think of any other female actress in Hollywood who can do it better than her.

Just when you thought the Angelina Jolie-Lara Croft hype is done, eh? Another title on this list of video game to movie adaptations is the titular game Tomb Raider. And this shouldn't come a surprise considering that a reboot has just recently arrived. The soon to be released film is currently being helmed by Norwegian director Roar Uthaug with Geneva Robertson-Dworet on the writing seat. And take note: the dudes' upcoming film is said to be a notch higher than Brad Pitt's then significant other film.

Another hit title from the Tom Clancy's franchise is Splinter Cell, making its way to this video game to movie adaptations list. Sam Fisher, who is not your typical gray-haired black ops guy, will be seen in the big screen sneaking his way through an enemy territory. The film is expected to arrive sometime in 2017. Well, it's still a long way to go, but the hype is definitely snowballing.

Seriously, why haven't filmmakers thought about this before? The Metal Gear franchise, after all, is a huge hit. The games in the series are best known for offering outlandish villains, let alone the never-ending conspiracies involved. The release date of the film, however, remains unknown. But really, I feel pity for the writer. He/she will definitely have a lot of writing shenanigans to do. Why? Because Metal Gear Solid.

What are your thoughts on this video game to movie adaptations list? Are you excited to watch them on the big screen? Which upcoming film are your rooting for? Lastly, what are your expectations? Share to us your thoughts at the comment section below!

5 Brand New Steam Games You Need To Check Out

Looking for a new set of games to enjoy today? Well, try these 5 brand new games in Steam now!

Clash Of Clans Guide: Everything You Need To Know About Friendly Wars

Excited to play the new feature in Clash of Clans called Friendly Wars? Here's everything you need to know about it as well as the other features.

Do you think Nuka World is the last DLC for Fallout 4, or Bethesda is working on a new one? Let's check it out!

The PS5 is almost here and three of the most awaited games are to hit the console really soon.

For a limited time only, get your FREE Assassin's Creed II Game for PC on Uplay! Grab yours now!

An image of a t-shirt supposedly showing the new "Assassin's Creed" protagonist has been posted online.