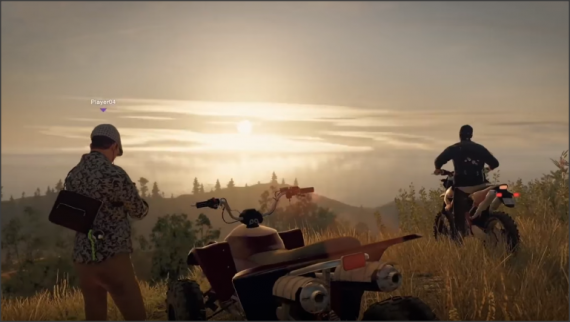 Instead of its original launch on Nov. 15, Ubisoft has moved the release date of Watch Dogs 2 PC to Nov. 29 instead. The two-week extension from the original release date is made to meet developer standards for polished and optimized game features. System requirements are also revealed following the request of the Watch Dogs 2 community for an enhanced gaming experience in 4K support.

The Reason For A Later Release

The upcoming Watch Dogs 2 will be featuring plenty of PC-specific enhancements and exclusive features thanks to its late release. Of course, the game's best selling point would be its full 4K gaming support that is specially requested by the Watch Dogs 2 community. The game's developer also added several options like the Extra Details and Ultra Textures that will allow gamers to play the game at an uncapped framerate.

But despite its late release, fans of Watch Dogs 2 have seen plenty of the gameplay thanks to the multiplayer mode previews that allowed gamers to explore the open world of Bay Area. Still, the bits of gameplay is not enough for fans who have been long waiting for the release of the game since its announcement during the E3 2016. With the exclusive features and PC-specific enhancement, Ubisoft made it clear that waiting another two weeks is nothing but a small delay for fans to enjoy a better gaming experience with Watch Dogs 2.

Watch Dogs 2 Will Be Worth The Wait

For Watch Dogs 2 fans who feel disappointed with the late release, worry no more: the wait will be worth it. If the game happened to have been released on its actual release date, on Nov. 15, it would have lacked the open world action gameplay that plenty of players adore right now. What makes the two more weeks of waiting worth it is that Ubisoft has done a lot of improvements with Watch Dogs 2 that will definitely make gamers' experience with the game even better.

With the extended release date, Ubisoft will have enough time to upgrade the Watch Dogs 2 with exclusive features and enhance the PC version. Right now, what we know is that the game will support full 4K gaming with additional options for visuals, namely Extra Details and Ultra Textures. The uncapped framerates are requested by the Watch Dogs 2 community and Ubisoft is generous enough to include it in the final optimization and polishing of the game. In short, the developers are not just meeting their standards but are also making everything possible to meet their fans' requests following the critical response on how the original Watch Dogs first looked on PC.

The Watch Dogs 2 PC will be supported on all third party controllers by Xbox. Other consoles like PlayStation 4 Dualshock, Xbox 360 and Xbox One will also be supported. However, gamers who will use other devices like a racing wheel, DirectInput or a Steam controller might have a problem because no official support are given yet for the said devices. Ubisoft has assured that gamers can swap into using a controller or a keyboard and mouse and vice versa without any problems.

For gamers to enjoy Watch Dogs 2, Ubisoft reveals the system requirements to make the game work at its best. At a minimum, PCs should have quite a powerful processor like the AMD FX-6120 or Intel Core i5-2400s chipset. A whopping 6GB of RAM is also needed for a smooth gameplay. For the graphics, the AMD Radeon HD 7870 or Nvidia GeForce GTX 660 would be good options.

If you want to experience the best, then you have to pack your PCs with the best. Ubisoft recommends using the Intel Core i5-3470 chipset or the AMD FX-8120 processor. A more generous amount of RAM at 8GB is also recommended. For the graphics, there are plenty of choices from Nvidia GeForce like the GTX 780, GTX 970 and GTX 1060 or you could go with theAMD Radeon R9 290 GPU.

Watch Dogs 2 Update: Deeper Look Into Multiplayer And Side Missions

What do Watch Dogs 2 multiplayer mode and side missions have to offer gamers? Plenty.

Confirmed games that are NOT getting upgrade patches.

Far Cry 6 is on the horizon, and it's safe to say that everyone is hyped over Ubisoft's upcoming triple-A release.