Pokemon Sun And Moon Is Better Than Pokemon GO, Here Are The Reasons Why We Think So 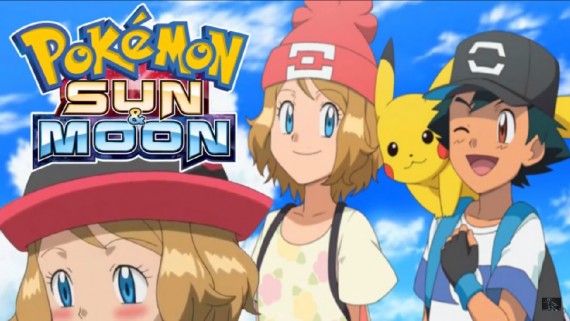 Players who find Pokemon GO lacking might find the new Pokemon Sun and Moon a much better alternative for an improved gameplay. (Photo : TheChornick/ YouTube)

The days to the official launch of the Pokemon Sun and Moon is not coming until Nov. 23. But at this time, we have more than one reason to say that the upcoming Pokemon game series would be much better than the mobile app game, Pokemon GO.

Straight From The 'Horse's Mouth'

The gym battles may be gone, but Game Freak is changing that with Trials. Players will be crowned as the "Island Challenge Champion" if they take down the incredible strong Kahuna Poke trainers living in the island. Accomplishing the Seven Trials scattered all across the Alola islands is the way to become a champion, too.

Before, Poke trainers have to go to a Pokemon Centre or bring plenty of antidotes or paralyze heals. The Pokemon Sun and Moon comes with a new Pokemon Refresh feature that provides Poke players several options on how they want to care for their Pokemon. The Refresh is provided after battles and you have the choice to clean your Pokemon, feed them Pokebeans or heal them. A lot more convenient than going to the Pokemon Centre and have your Pokemon suffer more with the trek. Also, "refreshing" your Pokemon makes them level up faster so you Jigglypuff can become Wigglytuff in no time at all.

Players Can Call Out Other Pokemon For Help

With the Pokemon Sun and Moon, players can will be able to call out other Pokemon for help. Riding the waves? Call Sharpedo. Cannot fly? Go for Charizard. Tauros would be good for rock smashing. With this new feature, calling out for help is easier even if the Pokemon mentioned is not included in your original team.

With the Z-Moves, players can use every Pokemon they have in battle, how ever useless or of little power the Pokemon might seem. This will also allow players to strategize their moves well and use every Pokemon at their disposal. With this new feature, all Pokemon will be useful in every battle as long as a player knows what their Pokemon can do and enhance it with the Z-Moves.

This might not sound great for everyone but the new Pokemon Sun and Moon will make players fight off the same Pokemon - time and time again. But this is not bad especially with the rewards that come with each battle. The Pokemon Sun and Moon provides notifications every time you attack a Pokemon that lets you know if your move is super effective, effective or not effective in beating the Pokemon. This will help players learn the weakness of their Pokemon enemy and have the best strategy to beat and catch them. So a reminder, attack with the least damage so you can successfully capture your intended Poke pal.

Alola Is The World's Hawaiian Islands

The setting of the new Pokemon Sun and Moon is the islands of Alola which is like the Hawaiian Islands. There are plenty of islands to see and each one has an adventure to offer every trainer. The islands are also a nice change with its bright weather, blue waters and scenic landscapes. More than that, the Alolan locals also look different with how they dress up. This game series also looks like Pokemon franchise's biggest yet.

Every Island Has A Distinct Pokedex

All islands in Alola has its own Pokedex to help players "catch 'em all" Pokemon easily. With the Pokemon Sun and Moon, players can easily see how many Pokemon they caught off so far from the start by means of a percentage. This way, it will be easy to see how many more Pokemon need catching along the way.

The Pokemon series started out as a cartoon so the cartoony feeling is quite expected. Pokemon Sun and Moon on the other hand still retains that cartoony feel but it comes with enhanced graphics so the game world looks better. It is also obvious that the developers did their best to come up with a modern version of the Pokemon gameplay with the Sun and Moon. More than that, special effects and animations are also improved to make battles even more exciting to play and evolutions more exciting to watch.

Rotom Is All The Navigator You Need

There is no GPS in Alola but it has Rotom, an electric ghost Pokemon type that is very good at telling players where to go and what to do. Rotom is available in the Pokedex so getting lost in Alola is no problem as long as you have Rotom to navigate with you and for you.

Back in the old days, Pokemon players have to go to Pokemon Centres to heal Pokemon. Then they have to go to another building to stock up on Poke Balls. Creators of the Pokemon Sun and Moon makes Poke players life even more convenient by putting up those two buildings, which are the Poke Marts and Pokemon Centres, together. You will find the Poke Marts on the right side station of Nurse Joy. The left sports a Poke bar with tasty, child-friendly drinks like milk and juice and other treats for your Pokemon.

During the GameCube days, Pokemon Snap is the game to play if you want to capture a Pokemon with its best angle and giving it something like pester balls or apples to pose for you. Game Freak is bringing back the Pokemon Snap - sort of - in the form of the Poke Finder in the Pokemon Sun and Moon. Just like with Pokemon Snap, Pokemon Finder allows players to go around the town and take photos of Pokemon in their natural habitat. Just be careful, though. Some Pokemon also attack while you try to take their photos so always be ready to "catch 'em all" who will do the attacking.

Customizing Characters Has Never Been Better

Just because you are in the middle of the islands of Alola does not mean that you should dress bad or anything similar. Pokemon Sun and Moon allows players to customize their characters by providing plenty of shops for accessories, outfits, and even signature food and drink. There are even hairdressers available on the game to give you a new hairstyle.

Team Skull Will Amuse You

Of course, Pokemon Sun and Moon would not be complete without its amusing antagonist. Team Rocket is now replaced with Team Skull and Game Freak assures that they are as amusing as the original antagonist from the Pokemon series. How do you know that who you meet are the Team Skull already? They wear gangster clothes like baggy dresses and bandanas and their inherent stupidity will make you laugh - a lot.

If fans who develop their own Pokemon-inspired games want to continue what they are doing, Pokemon Sun and Moon producer, Junichi Masuda has already given his word for them to join his team.

Pokemon GO Plus Gets Better With Latest Update

Pokemon GO Plus gets a new update to help Pokemon hunters focus on finding Pokemons or check out PokeStops as they wish instead of the Plus doing both as it did before by default.