Nintendo Switch: This NVIDIA Powered Console On-The-Go Could Be The Next Big Thing 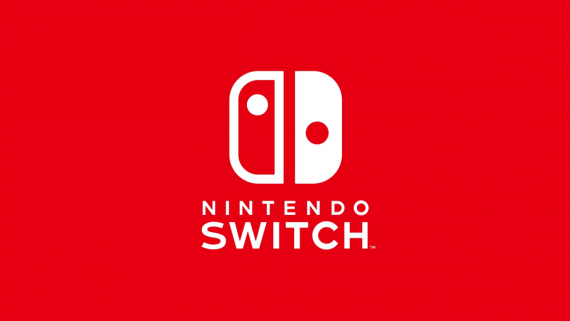 Introducing Nintendo Switch! In addition to providing single and multiplayer thrills at home, the Nintendo Switch system also enables gamers to play the same title wherever, whenever and with whomever they choose. The mobility of a handheld is now added to the power of a home gaming system to enable unprecedented new video game play styles.<br /> (Photo : Nintendo/YouTube)

It's only been hours since the announcement and our first look at Nintendo's new console, the Nintendo Switch. Previously dubbed as the Nintendo NX, this console offers home gaming system and beyond. It has been the focus of gamers' eyes and non-wavering anticipation of Nintendo fans worldwide. I'm going ahead and predict, that this NVIDIA powered mobile console will be the next big thing.

Why Does Everyone Love Nintendo Switch

What is there to hate anyway? It's revolutionizing the gaming world by combining not-so-new concepts into one. A hybrid of home gaming console and handheld, you can plug it in on the TV or take it anywhere. Players will be getting the best of both worlds with the convenience of one gaming system. The Nintendo Switch is nothing short of amazing.

Players were also surprised, especially when most of them expected disappointment. After many flops in the hardware releases like the Wii U, and with several big console releases from the competition like Sony and Microsoft, it's no question why some gamers lost their faith on Nintendo. With Nintendo Switch, gamers will be coming back to the company for sure and Nintendo will gain back the market value it lost.

Why It Could Be The Next Big Thing For Console Gaming

It's new and amazing, a handheld device that boasts graphics like a real console. The ease in switching from the TV to the handheld device is a relatively smooth system. Nintendo Switch is something we've never seen before and the fact the Nintendo is learning when it comes to listening to the gamers is a development we sure want to see more of in the future.

Nintendo finally decided to incorporate more games, expanding their partnership toward big development gaming names like Bethesda, Capcom, and Konami among many others. We will be seeing all the games we loved in a Nintendo console, finally. The Nintendo Switch won't be just any handheld device as it's powered by NVIDIA, which the company admitted in creating new APIs to fully harness the performance of Nintendo Switch.

It's the NVIDIA Tegra chip that makes Nintendo Switch possible. It's a hardcore processing machine that provides all the graphical horsepower in a single chip small enough to fit on a handheld device. The NVIDIA Tegra has been used in Android devices and it never really caught on because Android doesn't have any great games. And while Nintendo had the games, it didn't have the tech. This new partnership between the two big bosses in gaming is a new threat, which means Nintendo is back in the game.

Nintendo is known as one of the pioneers in the gaming industry. They are the epitome of gaming revolution that spawned countless of beloved consoles and gaming titles. From iconic video game characters like Mario and Pikachu, Nintendo has proven time and time again that they are a force to be reckoned with.

Although they are pioneers, several decisions from Nintendo led to a market flop which decreased their value by billions. Nintendo's firm take on delivering family-friendly games took their toll, and if not for some of their game's exclusivity, I doubt the company would've survived. With Nintendo Switch, however, I'm sure Nintendo's going to be dishing out major gaming revelations for years to come.

This Pokemon Sun And Moon Commercial Is A Tear-Jerker

A new type of Pokemon GO player surfaces and they are jerks according to the trainer community.

Niantic should implement a Halloween event, and seasonal themed events for years to come in Pokemon GO according to Pokemon trainers.