Nintendo Switch Is The Only Console Powered By NVIDIA, Is That A Good Or A Bad Thing? 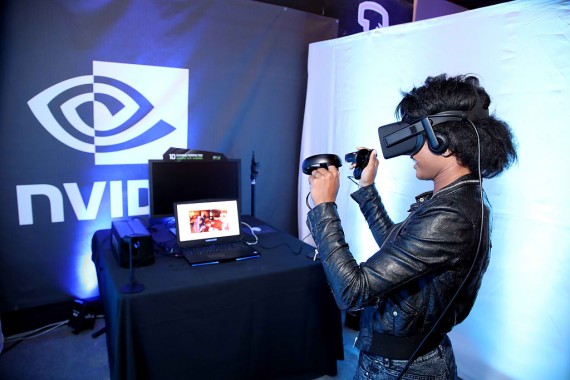 The Nintendo Switch specs have been reportedly leaked on Twitter. The said user was the same one who leaked info on Splatoon before. (Photo : Randy Shropshire/Getty Images for Dell)

Of all the consoles available in the market today, Nintendo Switch is the only one to sport a custom Tegra processor by Nvidia. Now you may be one of those gamers asking. What does the Nvidia Tegra do for Nintendo Switch? Will this be a good selling point for the Switch or will it become the reason for its downfall?

The Tegra Is Nvidia's Processor For Its Mobile Efforts

Gamers should not be surprised if they see the Switch performing just like a smartphone or a tablet. The custom Tegra processor on the Switch is dedicated to Nvidia's mobile effort. Comparing the performance of the Switch to looking like that of a table is not very far off. This also means that the Switch may not be as powerful as its rivals like the PS4 and Xbox One.

Still, the Nvidia Tegra has some redeeming features. During the 2015 Consumer Electronics Show, the Tegra X1 chip was able to play the tech demo of the Unreal Engine 4 "Elemental" in its scaled-down version. The Tegra X1 also performed better in playing the Doom 3: BFG Edition compared to the Xbox 360 and PS3 running on a PowerPC Tri-Core Xenon and an IBM cell processor respectively. With the Tegra X1, the Doom 3: BFG Edition ran in a 1080p resolution at 60 frames per second without framerate drops.

Visuals Better Than PS3 And Xbox 360

This is near-flawless compared to the 720p resolution and dropping framerates capped at the same speed using the PS3 and Xbox 360. The Tegra X1 model is also reported to be used on the Switch dev kits. At this moment, Nvidia may have the X2 model already in the works in preparation for the official release of the Nintendo Switch by March next year. The Tegra X2 model is likely to be a lot better than the X1 chip since the former will use the Pascal architecture based on 2016 technology compared to the latter with a 2014 technology using the Maxwell architecture.

Another selling point of the Switch's Nvidia Tegra processor is that it has a scalable processor that is highly efficient. Nvidia makes this possible by incorporating a GPU that uses the same architecture similar to the best GeForce graphics cards used for gaming: the Pascal architecture. There is also no cause for concern with the Nvidia Tegra X1 chip - or a better X2 model - because today's graphics cards on PCs like the GeForce GTX 1070 and GTX 1080 are both based on the same architecture. Given that assurance, then Nintendo Switch is likely to run as good as gaming PCs with a GeForce graphics card.

The Catch: The Nvidia Tegra Is Both Good And Bad

The mix of good and bad comes with Nvidia's newly created API for the Switch. Application Programming Interface is technical jargon for how software talks. According to Nvidia, they provided Switch with fully customized software for Nintendo to take advantage of. These include advanced tools, new libraries for games and an upgraded physics engine. It all sounds good because having a customized API means that gamers get the Nintendo Switch that performs better than any of its predecessors.

As proof, the Nintendo console already showed how it can render games with better visuals and graphics. Even PC games are proven to run better using Nvidia cards compared to using cards provided by AMD. The Switch also has the advantage of consuming less power than the competition which is a plus in maximizing battery life. Nvidia also promises an enhanced gameplay with their custom API that will make the rendering, video playback and audio effects more optimized and efficient for gamers.

The bad part? Third party developer will have to learn about the new tools that come with the Nintendo Switch to using them best. But learning a customized API for just one console can consume a lot of time and resources. The Tegra processor may be powerful enough for the Nintendo Switch but will it be able to hold games in the same quality with the Xbox One and PS4?

Nintendo has always been behind its competition in terms of processing power. The promise of their new console is a portable play that could be the next big thing for games in the future. But will the Nintendo hold better than the Wii? Only time will tell and there is still five months to go before we can say if having the Nvidia Tegra for the Switch is a good move for Nintendo.

The Switch Is Off: Nintendo Will No Longer Release Any Info About Their New Console Until Next Year

After its much awaited reveal, Nintendo confirms that they will no longer release any info about their new console until next year.

The new Nintendo Switch Dock is unlike any other console in the market today. Not only does it connect to a TV, it also powers the gaming system and can be used for charging, too.

Nothing is ever a coincidence and having two big announcemens at the same day for Red Dead Redemption 2 and Nintendo NX might mean a surprising news for gamers - and not.