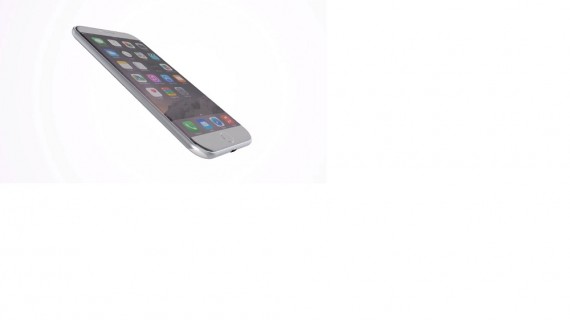 This new type of screen might represent such a revolutionary change that it could be as the time when the first camera was equipped in a cellphone. (Photo : Youtube/ConceptsiPhone)

Of every single innovation that the new smartphones are making, what seems to be the biggest is the Edge-to-Edge displays, which has been so popular that almost every single new mobile device is using it, which could represent something as incredible and revolutionary as when the camera were integrated into phones, changing forever the way that these products were designed.

Like every new feature, the edge to edge displays would probably have lovers and haters, because even when everyone wants innovations in new smartphones, when someone is used to a way of using it, a significant change like this one could be a little bit risky since it can be easily praised or rejected. This makes the decision of making this kind of screen as an innovator attitude against the market: you keep doing the same, I´ll make the difference.

There´s a fact regarding this question: although a bigger phone size could be very uncomfortable, every single user would like a bigger screen. Of course, this doesn't mean that the automatic answer is the first one, but the edge-to-edge display has been the best solution to improve the smartphone´s screen without changing too much its size.

According to CNET, the huge detail about this type of display is that is very functional rather than being just a design innovation, since the edges of the screen also act as an additional place to show information in a way that doesn't interfere with the rest of the screen. Again, having a bigger display is always better than a small one, unless the phone gets bigger as well.

However, there´s always the possibilities of feeling uncomfortable with something new, and even more with a bigger touch screen that now occupies the entire front of the smartphone. Nevertheless, is too soon to make a conclusion and there´s haven't been an in-depth critiqued of devices that use edge-to-edge displays.

The New Norm For Smartphones

It is an undeniable fact that almost every new smartphone is equipping the mobile device with the edge-to-.edge displays, which means that is definitely the new norm. Actually, this innovation is so popular right now that is probably that every new phone that doesn't have this kind of screen, will be probably perceive as something old, as something that is not in the trending wave of mobile technology.

The fact that major companies as Apple or Samsung are using the edge-to-edge to its new smartphones, explain the popularity of significance of this feature, because hi-tech giants wouldn't risk their reputation by equipping its products with something that could represent a failure. Actually, it has been rumored that iPhone 7 will have this screen, and it would be the South Korean phone maker who will help the Cupertino company.

According to Imyfone, "There are some rumours making rounds that suggest that it is Samsung that is actually helping Apple with this new edge-to-edge OLED display. Apple still uses TFT-LCD displays in iPhone's, but the Apple Watches already have flexible OLED displays. And if we look at how Apple like to expand its new features across all the products, it is possible that Apple might try to incorporate OLED screen in iPhone 7 as well."

As you might see, with the edge-to-edge display, we could be saying goodbye to old-school phone screens.

Galaxy Note 8 Rumors: Why Samsung Should Give Its Premiere Phablet Another Chance

The release of the Galaxy Note 8 will keep Samsung´s status in the game, and could mean a strong message to its main competitors in the market.

Recovering users trust might be very difficult for Samsung.

This situation might represent a major issue for Apple´s interest, considering the precedent of Samsung fiasco. Apple is already investigating the case.