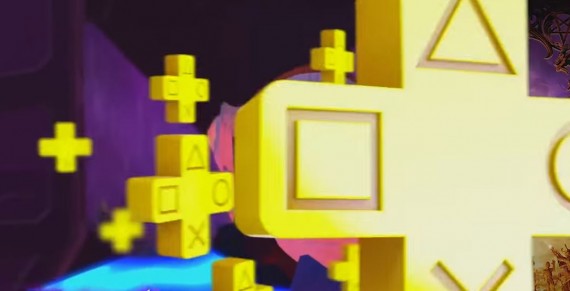 Console gamers, October now near its end, and what comes after? No, not Christmas, not yet, it's November! Prepare your hard drives for Xbox Games With Gold and PlayStation Plus freebies. No payment required for awesome games, you do need an active subscription for each.

PlayStation and Xbox have been battling it out on who gives better free games every month. It may be a war for both parties but we, console gamers, are happy that they'd be giving them away at no cost at all. So let's just sit back and grab some popcorn while they throw free games at us, shall we? For November, the following will be given away.

PlayStation Plus freebies for November

Everybody's Gone to the Rapture (PS4) - said to be the spiritual descendant of Dear Esther, the game's setting is at a small town in England. Players need to search for hints to discover what happened to the missing people. Chinese Room, the game's developer, has tossed an incredible soundtrack along with the great game. If you have an eerie feeling about ghost towns then this game should be good reason for more goosebumps.

The Deadly Tower of Monsters (PS4) - based on a sci-fi B-movie, ACE and Atlus have come up with something that allows you to be part of. Giving you the classic low budget sci-fi film feeling, it kind of reminds me of being in an 80s sci-fi series. The game also features a director's commentary.

Other free games are Dirt 3 and Costume Quest for the PlayStation 3. Wait, that's not all of them yet. PS Plus is also giving away cross buy titles. Letter Quest Remastered will be free for both PS Vita and PS4 while, Pumped BMX+, goes out to three devices, PS Vita, PS3, and PS4.

Xbox Games With Gold for November

Super Dungeon Bros - embarks you on a quest from with rock icons Freddie, Lars, Axl, and Ozzie. The game is fast paced and action focused with a mix of rock themed brawler set in a dungeon point of view. The game also supports online co-op for other players to support you against hordes of undead enemies.

Murdered: Soul Suspect - "THE HARDEST MURDER TO SOLVE IS YOUR OWN". The game allows you to play a dead detective solving the mystery of his own death. Dark and supernatural aspects also play a vital role in the game, it also has unique twists that will keep you scratching your head. If a masked killer killed you, would you still bother to solve who did it?

As Xbox supports with backwards compatibility, they are offering a couple of free games for the Xbox 360 that you can still play on Xbox One. The free titles are Monkey Island SE and Far Cry 3 Blood Dragon. The free promo will be activated by mid-November.

With both parties offering you an awesome lineup for November for free, it isn't a question on what games you'd get. Of course, you'd download them all. The question now is which of these games are going to be prioritized? Personally I still have a plethora of games to finish, most of them I haven't opened up yet. Well, free games are good games, just like food. Below is a lineup from both Xbox and PlayStation for OCTOBER, you still have a few days to get them.

Working on something gore can get you sooner or later, find out what these video game devs have to say while doing so. No, this is not a post for Halloween.

Pokemon Go Tips And Tricks: Things You Can Take Advantage Of When Commuting

Pokemon Go can still be played while commuting and is probably the best time to turn on the app. Check out our tips and tricks while doing so. To be the very best, you have to do what you can do even when travelling.

Game Dev Couple Got Engaged Through Destiny, Thanks To Bungie

Who would have thought that a game devs couple would somehow get engaged while playing Destiny? Thanks to the sneaky move by Bungie, you helped complete a love story.

Square Enix has announced that Final Fantasy VII Remake is finally available for download on Steam, but there's a catch, this game requires 100GB of memory!