Top 5 Greatest Wrestlers Of All Time 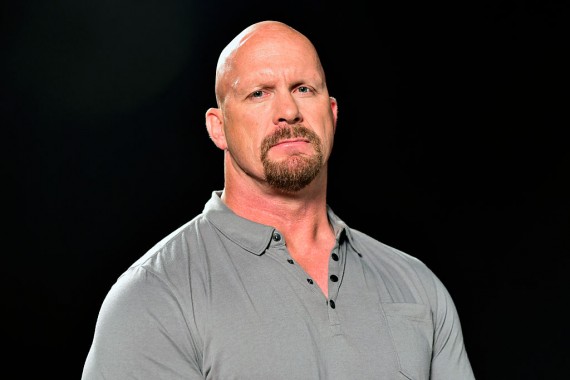 Wrestling fans will agree with me that naming the "Top 5 Greatest Wrestlers of all Time" is pretty hard. Comparing and contrasting the wrestling greats can be a lot of pain.

Today, we are going to feature wrestlers that are legendary, iconic and enigmatic when it comes to wrestling. We are not going to limit our list to one company only, but we are going to do it for the entire wrestling or sports entertainment world. We will also include some notable names and nominees that didn't make the prestigious list.

There will be three main criteria to be included on our Top 5 Greatest Wrestlers of All time. First would be the popularity of the wrestler. Was he a cultural icon? Did he make massive changes in the wrestling world that made the business much better today? Second, championships. You can't be in the list if you haven't held any single belt throughout your career. Third, is the wrestler profitable? As CM Punk mentioned, you won't be noticed unless you move some T-shirts and collectible cups in WWE.

So, before we start, are you ready to rumble? Not everyone would agree with the list; but here goes:

The Texas Rattlesnake is the number one in our list. As the owner of WWE, Vince McMahon said himself, "Stone Cold is the greatest wrestler of all time and the toughest son of a b**** whoever step in a squared circle. Stone Cold is also the biggest reason why WWE won against WCW in monday night wars. Chris Jericho even mentioned that Stone Cold single handedly carried the company from darkness into the promised land. A multiple champion and a cultural icon, oh hell yeah- he tops this list.

Before he was Hollywood Hogan, he was the face of WWF/WWE in the golden Era. Hulk Hogan is synonymous to WWE Superstar. He embodied how superstars should lived their life day-in and day-out. He was a superhero for all the kids on that era and until now, he's still talked about by many. Although there are allegations that the Hulkster is racist, you can never erase the things that he has done for the business.

The 16-time world heavyweight champion is number three on our list. From NWA to WCW to WWE, Flair was simply "the man". He is the The Stylin', profilin', limousine riding, jet flying, kiss-stealing, wheelin' n' dealin' son of a gun. He has the figure four leg locked as his finisher and it worked even to the greatest and strongest of wrestlers. He was also a member of the greatest factions in Wrestling History - "The Four Horsemen."

Either you love him or hate him, John Cena deserves a spot in our list. The 15 time champion is almost at the end of his career but he's pushing for one more title shot to tie The Nature Boy as the only 16 time champions ever in wrestling history. Hustle, Loyalty, Respect, the three words he stands for, and still doing it after all this years.

He is called the "Icon For A Reason." He was the face of WCW. No disrespect to Ric Flair but Sting never left the company through good times and bad times. He initially led the revolution against the power hungry NWO and he was successful in doing it. A multiple champion and a member of WWE Hall of Fame, the man they call Sting.

Here are some of the names that didn't make our top 5 list. Shawn Michaels, The Rock, The Undertaker, Bruno Sammartino and The Excellence of Execution, Bret Hart. This list however is not in any particular order.

WWE Rumors: Former 5-Time Intercontinental Champion And King Of The Ring Winner Is About To Return

WWE Rumors: Former 5 Time Intercontinental Champion And King Of The Ring Winner Is About To Return

WWE Raw Spoilers: Brock Lesnar To Issue Another Challenge To Goldberg? 'Hell In A Cell' Update

WWE Raw Spoilers: Brock Lesnar To Issue Another Challenge To Goldberg? Hell In A Cell Update