Top 5 Instances When Social Media Played A Part In History 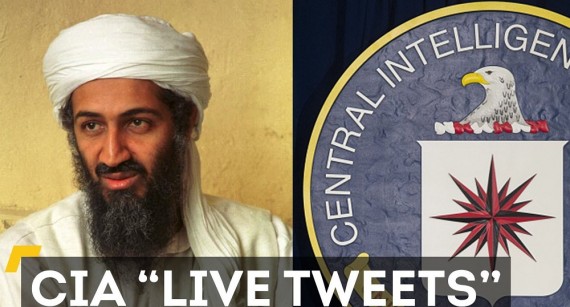 How different would many historical events be if social media hadn't existed in those times? (Photo : Youtube/ AJ+)

Social media has been so important in every day´s life than it is almost impossible to imagine - or even remember - the world without it. In fact, its significance has ended up being so incredible that many historical events that we have lived all throughout these years feature social media in an important role. That´s why here´s top 5 list about the most significant cases.

This was one of the most important political events in this decade, since it represented the end of Zine El Abidine Ben Ali regime, after 23 years ruling the nation with iron fist. The revolution was characterized by several protests in the streets of Tunisia, where people claimed for their right against a government that responded with repression.

Although the Tunisian revolution made several political changes in the nation, the most peculiar detail is the role that social media networks played in the event, giving the fact that Facebook and Twitter where the online networks in which people the protest where organized, as reported by CNN.

Of every single natural disaster that have occurred in this decade, this was probably one of the most dramatic, considering the incredible damage that the earthquake did to the country and the extremely high number of people who lost their lives and homes, turning this event into a horrible episode that humanity should never forget.

The importance of social media in Haiti Earthquake was bigger than any other group and organization, since these networks not only reported the event faster than anyone - people were using it more than TV or radio to get informed - but also because it became the instrument in the fundraising efforts that raised millions of dollars in aid for the nation.

The most famous terrorist in the history was killed in a controversial way that started as a lie - which inspired movies like "Zero Dark Thirty" - and was later revealed the whole details of the operation. However, the truth was that Bin Laden was eliminated, and that the information was first revealed to the world through a tweet.

The most incredible fact was that far from being posted by an important journalist, the 15-word tweet was made by a little-known former White House staffer named Keith Urban, who previously worked as Chief of Staff for Donald Rumsfeld, the U.S. Secretary of state during George W. Bush administration.

This kind of discovery would have been informed several days after, when the astronauts already returned to earth and the emotion was vanished, or by the NASA after the astronauts reported what they discovered. However, social media have been so significance in the world that it has made a huge change even in this feature.

That´s how it was informed that there was water on Mars, when the Phoenix Lander announced through its Twitter account the news that made history because of its importance, and the cool way in which it was revealed the awesome discovery made by the astronauts.

This event only lasted a month, and it showed how massive protests end up being extremely harmful for government, no matter how powerful they are. The Egypt revolution was incredible both for the people organization and the number of marches against the government that took place in El Cairo and Alexandria and many other cities.

However, this historical event was also characterized by the way that social media contributed to the revolution, by the way that online networks such as Facebook and Twitter helped the people to organize the protest and disseminate their claiming. According to Wired, the social media sparked and accelerated people´s actions against Mubarak regime.

This new type of screen might represent such a revolutionary change that it could be as the time when the first camera was equipped in a cellphone.

Verizon Still Wants To Buy Yahoo, But They Need More Information About The Hack

If the deal is made, Verizon could compete in online advertising against Google and Facebook.