Nintendo Has No Plans To Stop Wii U Production As Opposed To Reports, Does This Make Sense Or What? 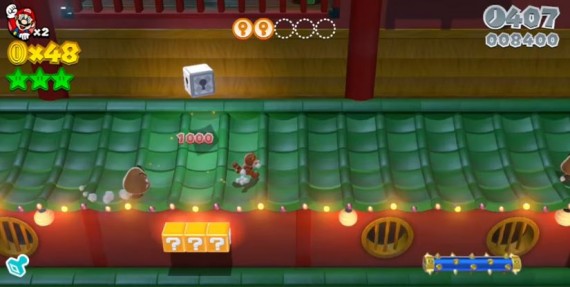 Nintendo denies statements that it will halt production for the Wii U within the week. Maybe their postponing it, say another 3 months or so? What do you think? (Photo : YouTube / TetraBitGaming)

Hold on to your condolences as Nintendo denies the report stating that Wii U console manufacturing will end this week. Nintendo will still continue production on the Wii U as there are several upcoming titles for its recent console to date.

It has been reported that the Wii U will end its production by Nov. 4. If this happens, the production run for the said console will be a short-lived 4 years. The console was rolled out in 2012 at the same month, November. Speculations on reasons why the Wii U had to stop assembly range from poor sales, to lack of third party interest. Eurogamer also reported that the latest orders from resellers for the Oct. 31 deadline was just in "small numbers". Another speculation on why Wii U had to be cut off is that Nintendo may need to re-channel their resources and prepare for the demands of Nintendo Switch production.

A bit of a backtrack, in a hope for a follow up on Wii's success, Nintendo released a much improved console in a form of Wii U. Unfortunately it did not turn out quite well as difficult challenges tagged along with the release. For one, audience share was snagged by the PlayStation 4 and Xbox One, leaving the Wii U in a dark corner. The Wii U also lost support from third-party developers and most of its major publishers therefore they couldn't push for exclusive third-party titles. Even the games by Nintendo themselves Wii U didn't go out with a bang as well the past year.

There is still hope for Wii U

According to Yahoo, Nintendo broke their silence and sent out a spokesperson stating that the company has no plans, whatsoever, to halt the production of Wii U anytime soon despite the fact that the Nintendo Switch, its predecessor (somehow - it's half console) was already revealed. On top of that, there are still games for the Wii U that are under production and coming out for the console.

As per the spokesperson's exact words: "There is no change to our continuing [Wii U] production...Even though the Nintendo Switch is slated to go on sale, [Wii U] production is scheduled to continue." Back in March, a statement about Wii U's shutdown on production has been also released but was denied by Nintendo.

Despite its current status of unpopularity, there is still hope as independent developers are now working on digital releases for the Wii U eShop as the year ends. Also, The Legend of Zelda: Breath of the Wild is still upcoming for the console, this may be the one title that will save Wii U from being out-of-production.

How does continuing to produce Wii U make sense?

Personally, I don't get it. Nintendo Switch is coming, and is speculated to be more powerful, also the numbers for the Wii U keep on going down. Why do they continue to hurt themselves revenue-wise? Then it hit me, maybe there's a need to extend the transition period from Wii U to Switch production? Say factory workers need to continue to earn and if they'd stop production right now lots of workers will be affected. And then there's also this angle that physical games for the Wii U will not work on Switch so they need to keep the Wii U up until they resolve it. What I'm certain at this point though is that Nintendo has hopes for the Wii U to come back on top again.

Totem Wishiwashi was just confirmed in the latest Japanese trailer for Pokemon Sun and Moon. Could there be more undiscovered details from the demo leaks revealed by dataminers?

Time to brush off the dust on your PS Vita as Zero Escape series is coming! Fight to escape alive in the 2-in-1 adventure game bundle, Zero Escape: The Nonary Games.

How would you price a handheld-console hybrid? As much as a console? As much as a handheld? As much as the some of both? We try to tackle what the president of Nintendo actually meant by not "selling at a loss" and "consumers expectations" as the ingredients for the pricing Nintendo Switch.