Huawei Declares War On Apple: Will It Be The Second-Largest Smartphone Maker In Two Years? 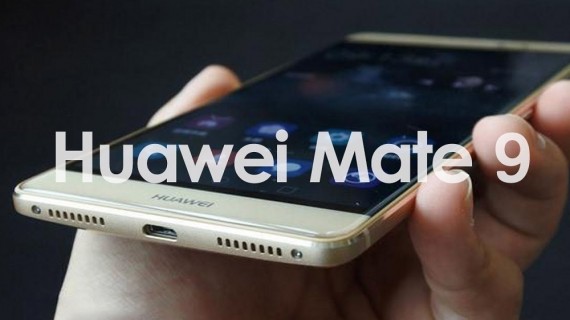 Which strategy would Huawei execute in order to beat Apple?<br /> If Huawei achieves its goal, could this mean Apple´s end as the smartphone´s excellency ?<br /> (Photo : Youtube/ HotNews24h)

Chinese company Huawei Technologies has declared its intentions of beating hi-tech giant Apple in order to become the world´s second largest smartphone make over the next two years, which might represent an incredible surprise in the market, materializing the incredible growth that Huawei has showing in the last year, launching mobile devices that has competed with the greatest.

Only Apple And Samsung Are Ahead

In fact, the Chinese company is the third-biggest smartphone maker after Apple and world leader Samsung, whose Galaxy Note 7 recall have represented such a setback that its competitor has reduced its distance with the South Korean colossus. In Q3 2016, Huawei shipped 33.6 million smartphones giving it a 9.3 percent market share, while Apple shipped 45.5 million, holding a 12.5 percent market share, and Samsung shipped 72.5 million units, reaching a 20 percent overall market share, as reported by Fortune.

"When we announced four years ago that we wanted to sell phones, people told us we were crazy. When we said we wanted to sell 100 million phones, they told us we were crazy. We are going to take them [Apple] step-by-step, innovation-by-innovation," Huawei's chief executive for consumer business group Richard Yu told to the International Business Times, in the company´s launch event on 3 November in Munich.

Could Huawei Achieve Its Goal?

Although this could be seen as a risky statement, the truth is that Huawei´s growth in the last four year has been so incredible that its ambition of becoming the second-largest smartphone maker in the world, is not so irrational as some might think. Of course, giving the fact that Apple is a stronger company, is probably that Huawei´s real chances of beating the Cupertino firm is by taking advantage of any mistake, which is not going to be so easy.

This is because Apple´s brand is so reliable to its users that even when the company released a not-so-great device, people will buy it more than what it would be if any other trademark launched the same product. This is Apple´s main weapon, in addition to its undeniable quality in every single thing the company creates.

However, if this feature would be the key to being the biggest smartphone maker in the world, Samsung wouldn't be in the first place, giving the fact that most people prefer Apple´s products. So if you ask which might be Huawei´s weapon to achieve this goal, the question might be the combination of consistency and decent phones with affordable prices.

Even when the Chinese company will not burn its head thinking about mind-blowing features to put in its mobile devices, most of them will be equipped in a way that will offer almost the same as every other smartphone in the market, but with a such lower cost that many might prefer to buy a Huawei than an iPhone or a Samsung´s Galaxy.

This strategy has been so effective and consistent than they have achieved the third place in the smartphone manufacturing, in just a few years. The most serious fact about this context is that they don't even have a decade in the market, which means that when Huawei was created, Samsung and Apple were already the giants in phone business.

This means that in those few years, the Chinese company have grown more than the other two. If Huawei keep up with its consistency, price, and quality in its products, it will create loyalty among its users, which will be the most important step to beat Apple and became the second smartphone maker in the world. Although two years might be a very short time, it wouldn't be a surprise if Richard Yu ends up fulfilling his ambition.