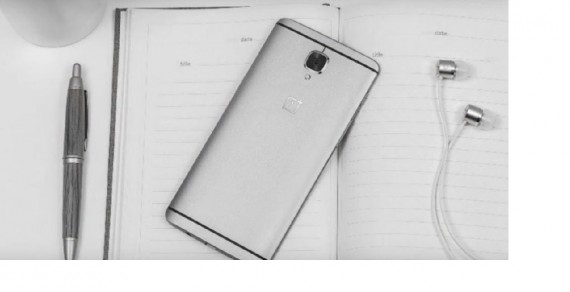 Samsung and Apple´s new smartphones could be a huge threat to the OnePlus 4, considering that the hi-tech giants are betting a lot in the iPhone 8 and Galaxy Note 8. (Photo : Youtube/ Next Technology)

When OnePlus 4 was announced to be released on 2017, people felt excited by the launch of a smartphone that promised to be a great device that will compete against phones such as the iPhone 8, the Galaxy Note 8 or even the Galaxy S8. Definitely, many are expecting this mobile device to be flagship killer once again.

However, there are some details that could represent a huge setback for the company´s interest, considering that when a product is released, there are many details that divide the success of the failure, even when it is a popular product before its creation.

3. OnePlus' Short Time In The Market

When a product is relatively new, more than the product´s quality or background the most important detail is the company´s name, giving the fact that customers tend to incline for something well known than something that is not, which is obviously an injustice that the small company has to face in its first years.

This is precisely Oneplus´s case, since its time in the market is very short - it was founded in 2013 - , and it has to compete against giants such as Apple or Samsung, which have decades of experience behind them. Although its mobile devices haven't been precisely a failure, the OnePlus 4 have to face the company´s short time, in a moment when the greatest smartphones are expected.

2. OnePlus Doesn't Have An Extremely Stable Reputation Yet

Many users think that OnePlus phones are very good, and in addition to great specs and features, the best detail about these mobile devices are their prices, considering that they have been known for being of the cheapest smartphones in the market. This is a nice strategy that can create many customers and even loyalty, but the thing is that the company doesn't have a good reputation at all.

One huge problem that the company had to face and has harm its image is not releasing its products on time because of different kinds of mistakes, to the point where OnePlus One and OnePlus 2 ended up being delayed, and the company had to apologize to the public because this problem, as reported by Android Central .

Also, it was known that even the OnePlus 3 got delayed in the U.K., which was a so annoying situation for the customers that the phone didn't meet the expectations in British countries. According to Baseline, another huge issue about Oneplus´s reputation is that the founders apparently lied about the company´s roots, which is those kinds of problems that make customers walk away from anything related to it.

1. OnePlus 4 Will Have To Face Samsung And Apple´s Next Releases

Think about the two reasons just told, and it would be reasonable to think that the OnePlus 4 will have a lot of trouble having to face the next smartphones of hi-tech against Samsung and Apple. In fact, it is probably that the OnePlus 4 can´t even be so extraordinary as the iPhone 8 or the Galaxy Note 8, which is a difference that a cheap price it isn´t likely to solve.

Also, it is important to remember that Samsung is betting a lot for its new mobile devices in 2017, in order to recover from the Galaxy Note 7 fiasco, which means that the South Korean company will use all its power to be the real deal. Although it is not known what will happen, the OnePlus 4 will have a hard time to be a huge success next year.

Could this problem harm the reputation of these phones?

This new type of screen might represent such a revolutionary change that it could be as the time when the first camera was equipped in a cellphone.

Galaxy Note 8 Rumors: Why Samsung Should Give Its Premiere Phablet Another Chance

The release of the Galaxy Note 8 will keep Samsung´s status in the game, and could mean a strong message to its main competitors in the market.