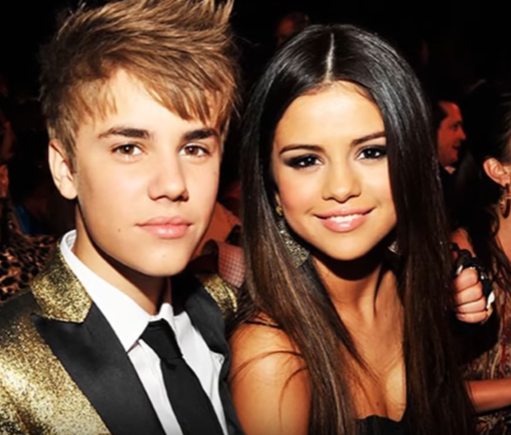 It looks like Selena Gomez And Justin Bieber’s romance will not be rekindled. Not now. (Photo : ClevverNews/YouTube)

Selena Gomez and Justin Bieber. A young, unbreakable love that has managed to surpass various controversies over the years. Despite an ugly breakup, the former sweethearts never failed to top headlines in various sites and magazines.

It cannot be denied that their love story is strongly followed by millions and still hope that one day Selena and Justin will rekindle their one great love for each other. But it seems that the glitters and sparks of their romance never faded.

The ex-couple is allegedly keeping their communications intact as the Canadian singer was reported to do frequent visits in Selena’s rehab to make sure that his previous girlfriend is doing good. It was said that her family’s protest of seeing Bieber did not work out as the two continuously see each other.

Rumors have it that the “Same Old Love” singer’s depression stemmed from her split with Bieber. This claim was further highlighted when he started dating Sofia Richie. To recall, Bieber posted photos of himself and Sofia on his Instagram account which resulted to negative comments from fans. In defense to Richie, Bieber threatened his followers that he will be deleting his account (which he did) if they continue the hate messages. Gomez sided Bieber’s supporters and the rest is a strengthened bad blood between the two singers.

Recently, Selena created noise again in the gossip world when she was believed to be in a ‘desperate’ situation as she wants to get out of the rehabilitation facility as soon as possible. The lovely actress was presumed to have expressed to her loved ones that she "feels like hell" and wants to leave the Brookhaven Retreat right away.

"She absolutely hates it there. Everyone is worried. Everyone's just hoping Selena gets better," a source said.

Following her Lupus diagnosis, Selena released an official statement about her desire of getting herself a break for her recuperation.

"As many of you know, around a year ago I revealed that I have lupus, an illness that can affect people in different ways. I've discovered that anxiety, panic attacks and depression can be side effects of lupus, which can present their own challenges. I want to be proactive and focus on maintaining my health and happiness and have decided that the best way forward is to take some time off.”

It looks like her healing will be a long process. Whether Justin will be with her journey to recovery or not, their love story will never be the same. It could never be written again.

How about on Nov. 20? It’s the American Music Awards and both are vying for a list of prestigious recognitions. Will the press and their huge fan base see their much-awaited reunion? If yes, will they kiss and make up? They may but big chances say they won’t.

With Bieber’s roster of various girls that he’d been dating and Gomez’s unstable emotional state, they will not be able to borrow (again) a love that was already lost.

Justin Bieber: The Ladies He Dated & Why It Never Worked Out With Selena Gomez

Aside from his worldwide popularity as a singer, Justin Bieber made rounds on the web with his list of controversial romantic affairs.

Selena Gomez And Justin Bieber Rekindle Their Romance? Everything We Know About Their Possible Reunion

Despite their endless feud following their controversial breakup, Selena Gomez and Justin Bieber are hinted for a big reunion in the upcoming American Music Awards on Nov. 20. A rekindled romance is highly possible as both stars are single and often tease a strong love to each other.

Could Selena Gomez's New Song Be Linked To Justin Bieber?

Selena Gomez's new song is being linked to her ex-boyfriend Justin Bieber. Although Jelena has been an endgame ages ago. They seem to be linked to each other in so many ways.

Selena Gomez has been the center of controversies lately with two men allegedly trying to woo her, and one of these guy's jealous ex-girlfriend insecure of the songstress.

Jelena Bad News: Selena Gomez And Justin Bieber Definitely NOT Getting Back Together; Lovestory Finally Over For Good?

Despite popular belief, Justin Bieber and Selena Gomez are not dating again, let alone daitng anyone at the moment and both focused on other endeavors.