Why Selena Gomez Gently Suffocates Everyone 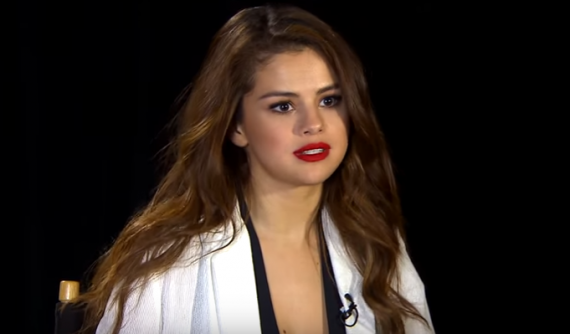 While everyone thinks Selena Gomez is the most famous Hollywood celebrity, her fame is largely contributed from the thrilling past events of her controversial life. (Photo : extratv/YouTube)

If and only Instagram is the sole basis of a person’s popularity then Selena Gomez nabbed the title “Most Famous Person In The Universe.” Her overwhelming 102 million followers (as of this writing) on her social media account is but thrilling. Hail to the Queen!

Her charm and beauty indeed won the hearts of many but her rise to stardom seems to lack her own trademark. When her name is dropped, one is quick to think of Justin Bieber and the long list of nasty rumors that dragged their characters in various headlines.

As Vanity Fair stated “the fact that many of Gomez’s fans “grew up” with her, as she began her run on “Wizards of Waverly Place” at the age of 15, probably doesn’t hurt. Nor does the fact that she is something of a triple threat, still currently working in film, television, and music. Her friendship with Taylor Swift and the Bieber element have also only heightened her relevance.”

What about her three singles "Good for You", "Same Old Love" and "Hands To Myself" that topped music charts? Check her music videos on YouTube and an impressive close- to- half- a million views will stun you. Or maybe not. Because it seems that everyone is used to her strong followers. Selena is an icon especially to the young generation despite the ugly rumors associated to her. As her huge fan base continues to rise in digits, the phenomenal celebrity that she is has the innate ability to cause suffocation.

Who wouldn’t be annoyed of her lovely face that rallies in news stands as she continues to create noise in the loud world of entertainment gossips?

Per GQ, “Selena Gomez is also drowning in attention. I know, I know. All of us here in the celebrity-industrial complex we call America have learned to be especially skeptical of famous people who complain or otherwise seem uncomfortable with their fame, right? We have decided, as a society, not to let folks have it both ways. But Selena’s a throwback. She’s got angry ‘90s-alt-rock blood running through her Disney's veins. Remember Fiona Apple? Trembling on an MTV stage, saying “This world is bullshit” while clutching a 1997 Best New Artist Moonman as if it were the monkey’s paw? That’s Selena. Young and absurdly talented and here to tear the system down, despite being a stone-cold product of it. Because she’s a stone-cold product of it.”

But now Selena is on her rising downfall state, her abrupt cancellation of her worldwide “Revival Tour” sparked speculations that she wanted to avoid the spotlight due to her bad blood with former beau Bieber and not with her Lupus diagnosis.

"As many of you know, around a year ago I revealed that I have lupus, an illness that can affect people in different ways. I've discovered that anxiety, panic attacks and depression can be side effects of lupus, which can present their own challenges," Selena said of her condition.

In what seemed to be her recovery stage, the pop singer was reported to desperately leave her rehab facility as soon as possible.

"She absolutely hates it there. Everyone is worried. Everyone's just hoping Selena gets better," a source said.

Well, she has every reason to be talked about.  To be judged and empathized with.

It looks like Selena Gomez And Justin Bieber’s romance will not be rekindled. Not now.

Pop singer Selena Gomez is reportedly "desperate" to leave rehab as things are not getting better for her while inside the facility.

"13 Reasons Why" continues to receive criticisms and this time, its soundtrack contributor has just dissed the Netflix show on Twitter. Dylan Minnette then responded to the post to defend the show he starred in. Selena Gomez, who serves as an executive producer of the drama also addressed the issues and expressed how she is still proud of it.