‘The Big Bang Theory’ Spin-Off Series In The Works; Story Will Focus On A Young Sheldon Cooper 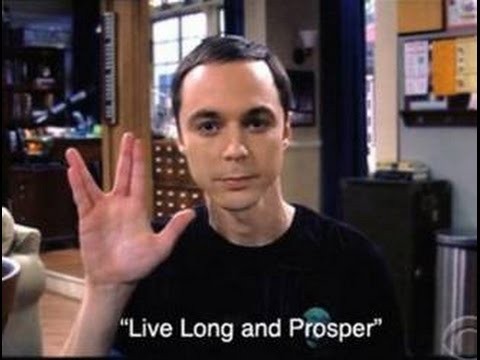 If you are a fan of the show, you might be interested to know that "The Big Bang Theory" has an upcoming spin-off about a young Sheldon Cooper. Interested? Here are some details. (Photo : Starlight .pictures/Youtube)

Fans of the hit TV series "Big Bang Theory" are already feeling that the show does not have much time left on TV. The TV show has been on the air for over ten years now which is already considered very old when it comes to shelf life. So for those who are feeling sad about that fact, here is some definite good news for you. CBS is already working on a spin-off series for "The Big Bang Theory," and it will be a prequel to everyone's favorite character, Sheldon Cooper.

A young Sheldon Cooper? That definitely seems like a plot worthy of great TV. According to a source, "Big Bang Theory" brains, Chuck Lorre and Bill Prady, will be placed at the helm of the new show. Jim Parsons, who plays the Emmy award winning character on the show, is set to executive produce.

What will the show be about?

According to the site, the whole plot of the new show will center on the teenage version of Dr. Sheldon Cooper. The show is said to be set in the "Malcolm in the Middle" style which is quite curious as for how the creators will plan to pull this off. The show will most likely be set in Sheldon's hometown of Galveston Texas.

A lot of jokes from "The Big Bang Theory" centers on Sheldon and his odd childhood growing up in a simple town in Texas. It will definitely be interesting seeing a Pre Ph.D. child prodigy tackling the simple life.

Will be a bit different than "The Big Bang Theory"

Although the network and the producers have yet to comment on the matter. The style of the spin-off will be a lot different than the original show that it was based on. Like mentioned previously, the show will take inspiration from another but very different type of comedy called "Malcolm in the Middle." It is also said to use a single camera style that will be reminiscent of shows like "The Office."

How will it fare?

Most spinoffs of popular TV shows do not fare well at all. The problem with successful shows is that many viewers have grown fatigued with their plots and thus makes interest to spinoffs quite small. For every "Frazier" there are a dozen "The Carrie Diaries" that just was not as good as the original material it was based on.

But the "Big Bang Theory" is such a big money maker that it will be hard to just let go of it. The crew is the highest paid actors on television today and their network is just looking for a way to squeeze a few more bucks before the well completely runs dry.

One thing the new show will have going for it is the rumored fresh style and take that it will do. It might give the series a better chance to make a name for itself and stand on its own. Plus, the current cast of "The Big Bang Theory" is reported to have nothing to do with the project. So there is a chance that this thing might actually have some life.

So for those of you who are already feeling some Sheldon-fatigue. You might need to get used to it for a few more years.

The previous episode of "The Big Bang" was full of funny gags. Here is a recap of what happened plus some spoilers for the next episode.

"The Big Bang Theory" has gained a lot of viewers over the years. With the tenth season starting out with a bang, it is hard to believe that it might be the last one for the beloved series.

Forbes just released their list of the highest paid actors on TV. "Big Bang Theory" casts seem to have raked a lot of money in this year.

Executive producer, Steve Molaro has revealed what's in store for "The Big Bang Theory" Season 11, which premieres this fall along with the new CBS show, "Young Sheldon".

CBS announces "The Big Bang Theory" prequel, "Young Sheldon" will be making its premiere in November 2017 and it will introduce child actor Iain Armitage as the star of the show.

Countless television shows are going to be badly affected by a potential writers' strike unless the two affected parties reach an agreement before May.