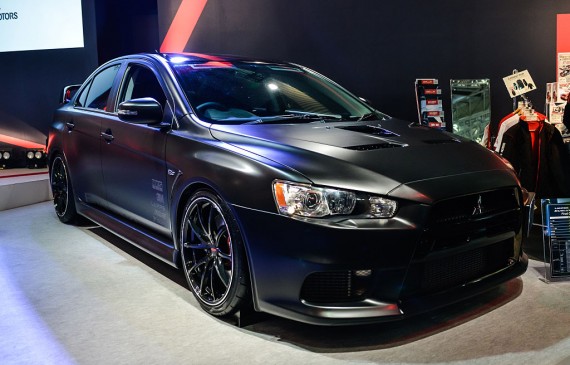 2017 is just less than two months from today and new cars will be out soon. Which among the cars will be highly expected and which among them will be rejected.<br /> <br /> (Photo : Photo by Keith Tsuji/Getty Images)

Every year, cars are becoming more advanced with innovations,better fuel economy, and higher technology. From BMW to Tesla, let us take a look at a list of the best and the ones that are not so highly anticipated cars for 2017.

BMWs have always been in the spotlight with each new model that are released, and we can expect the same with the new 3 Series. BMW uses their expertise with carbon fiber construction and a lightweight chassis. There will also be a number of choices for consumers as they have a wide variety of options to choose from, a three, four and a six-cylinder engine. Next year also becomes more promising for BMW as they introduce an all-electric version that has a range of 300 miles, one that outperforms Tesla's 200-mile range.

Ford's little hatchback is still something that consumers will look into. The Fiesta has been one of the most popular vehicles that have been sold in the United Kingdom and is also Ford's biggest seller. The new Fiesta will still be using the same platform and may only have a few changes in aesthetic with its predecessors but will have updates for sharper headlights, a wider grille, and lower noise. Ford promises that the cabin will have more premium feel and a new touchscreen infotainment system will be added.

The list cannot be complete without the highly anticipated and very sporty new Civic. It started out only as a concept at the 2016 Paris show, yet Honda decided to give fans what they wished for as they put the Civic Type R into production. The Type R will likely feature a 2.0-liter turbo petrol engine which packs a huge amount of power in a lightweight body. The new Honda Civic Type R will also feature all functional aero kits with sporty looks.

Not necessarily new, but the Mitsubishi Lancer have been on the car scene for over 20 years and has always been a favorite among car enthusiasts and tuners alike. However, you may want to avoid putting your hard earned cash on this compact sedan as Mitsubishi already announced that there would no longer be the next generation. Still great as the Lancer was the base for the All wheel drive and all time favorite Evolution, but being the last may mean that you will not get that many available parts in case you crash it while attempting to do a rally move in the dirt.

Seriously? A Tesla? On this list? Well, as promising as it is, there is a very slim chance that you can get your hands on the Model 3 next year if any. The Model 3, currently already have been sold out with 400,000 pre-orders and are set for delivery by the end of 2017 or 2018. Tesla is still a great car, sure, but there is no point in waiting for one if you cannot even make a reservation that delivers after two years. Instead of waiting for the model 3, you would be better off to look at other options, or follow every move of Tesla and be ready to make a reservation once they announce a newer model, which would probably be a lot more advanced and better than the Model 3.

With soaring car prices, diesel vehicles still continue to win the hearts of road users who want to minimize costs.

The favorite Japanese supercar brings out its best with the second generation Acura NSX.

Most major car manufacturers have already revealed their crossover SUVs for 2017. Which of them is on top?

Football Manager 2021 release date is set for November. Apparently, this will be the franchise's return to Xbox for years!