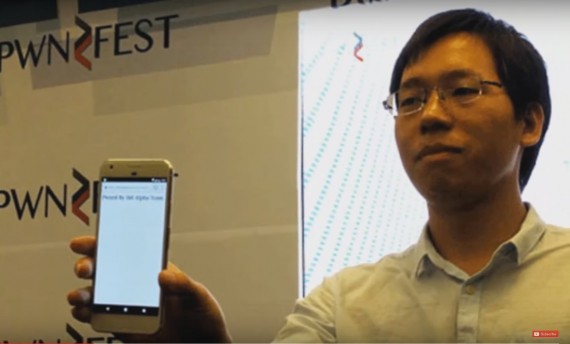 Google Pixel Hacked In Less Than 60 Seconds At PwnFest 2106

According to a written article at BGR, the annual PwnFest was held in Seoul. This is a bug pwning "festival" for better security organized by PC with the help of sponsors, vendors, and judges. Don't worry, they don't aim to inspire people to be criminals and hack tech companies.

In the PwnFest hacking competition, a group of Chinese White-Hat hackers from Qihoo 360 presented the ability to achieve RCE (remote code execution) to gain control of the Google Pixel smartphone. To acquire the RCE, the group demonstrated a POC (proof of concept) that uses a zero-day vulnerability. They showed how easy it was for them to install malicious codes on Pixel and Pixel XL smartphones. In doing so, the team was able to successfully launch the Play Store app before opening a webpage on Google Chrome that read "Pwned By 360 Alpha Team," and won a cash of $120,000.

There Is More To It

What Google plans to do

If you want to know more of the issues about the Google Pixel phones, here are some of the many issues that smartphone has to offer according to QZ.

Google Pixel LTE Issue: Does Google Have a Problem?

The Google Pixel seems to be facing some LTE connectivity issues, specially with LTE band 4, in several regions of North and South America.