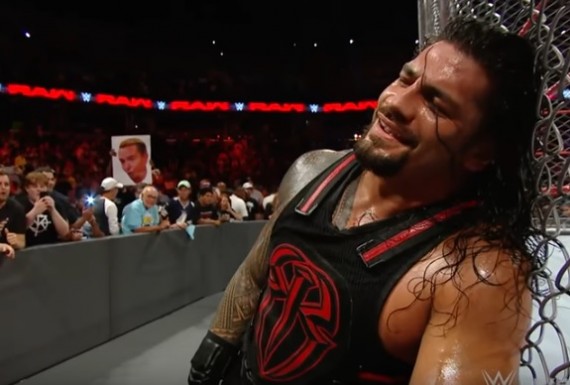 Survivor Series is just around the corner and each brand has named their rightful representatives to lead them to victory. Team Smackdown Live already replaced Baron Corbin with the prodigal son himself, Shane McMahon.

Before we proceed with the in coming pay-per-views let us discuss first Survivor Series. After months of speculations, the battle of the brands will formally begin and end on one of the Big fours of pay-per-view in WWE. Survivor Series will showcase all the amazing talents from each brand. In the event, not only they are trying to defeat each other but will try to make them look miserable just to get the bragging rights on who is better.

This match is 12 years in the making and although they are not on their prime anymore, they can still do it better than the half of the entire roster. The Beast Incarnate, Brock Lesnar and his manager Paul Heyman had been teasing Goldberg to come out of retirement to fight him one more time. It was a long and rigorous process but it will happen. Goldberg shocked the world when he answered Brock's challenge. He might have botch the knee strike to Rusev in one of the Monday Night Raw episodes however, Goldberg's rage and power is still there.

The team battle themed match have been introduced more than 3 decades ago and it's still going strong. Next week, superstars from each brand will do their very best to destroy each other. If you are going to ask me on who has the upper hand, to tell you honestly, its a toss up. Both teams selected their ‘A' players and all of them wants to win. For the traditional 5 on 5 Survivor Series match, there's one name that is very intriguing of all the teams, and that is Shane McMahon. There are no leads yet on how will he play on the match but let's just hope that there's no backstabbing involved.

AJ Styles Will Be The Sole Survivor

Many reports are leaning in towards the WWE Heavyweight Champion AJ Styles as the sole survivor for this years Survivor Series. The WWE creative team is very high on Styles' and they want more things linked to him. One insider mentioned that, they are trying to push AJ Styles' as the new face of the WWE not only for his Brand, Smackdown Live. They are doing this so that once John Cena returns, the storyline is already furbish. Also, John Cena said AJ Styles' is the very best right now in the business and wants to face him again in a title match.

Kevin Owens vs Roman Reigns In A Champion vs Champion Match

Before you start arguing about this impending match, hear me out first. The current WWE Universal Champion Kevin Owens is doing a great job as a champion for Monday Night Raw. His mic skills is splendid and he sells match anywhere he goes. The original plan was to break up the friendship of Jeri-KO. This is what they have in mind in giving Chris Jericho another title shot. However in a stunning manner, they are now planning for Kevin Owens vs Roman Reigns in one of WWE pay-per-view called Roadblock. WWE Creative wants to push Roman Reigns again on top and possibly keeping two belts for the first quarter of next year.

Becky Lynch has just recently announced her pregnancy naming Asuka as the next WWE Raw Champion. Will she ever return?