Subaru Takes A Major Step To Correct Its Past Mistakes 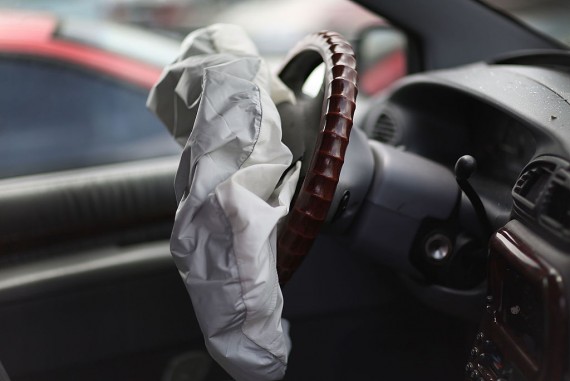 Subaru, auto maker for the famous WRX STI and the BRZ, have been in trouble for defective wiper motors and airbags have recalled more than half a million cars to correct the mistake. (Photo : Photo by Joe Raedle/Getty Images)

Faulty Wipers Can Cause Fire

Wipers from the year 2010 to 2014 from Legacy and Outback models have a tendency to keep the motor pulling the wiper to the parked position even if it has already been turned off. One scenario is that if anything keeps the wiper from going into the park, like snow or ice during the winter, the motor will keep pulling the wipers that in turn can cause it to overheat causing a small fire. The fire could disable the wipers but could also melt the cover at the same time.

Unfortunately, Subaru has not yet determined the cause of why the motors are acting that way due to most motors returned were so badly melted that it makes it difficult for the engineers to where exactly the defect is. The motors will be replaced instead with the hope that the issues do not happen with new wiper motors again.

The recalls, both the first and the recent one, have caused Subaru a major stumble with its finances. The company is already taking steps to avoid future mishaps and any additional recall than needed.  According to Automotive News, they have already appointed a new head of quality control in April. Subaru is a car brand that is determined to perfection and did not have any known major mistake in the past. Some analysts mention that the appointment of a new quality office is a bold move from a company that rarely neglects its products.

Subaru's rare move to appoint a new officer means pure business as other companies, even bigger ones such as Toyota, has not made a move this big even when it is clearly needed. The recall that happened in 2011 also did not have a large impact in the car scene due to the fact that Subaru supporters still believe in the company's supreme engineering. Even with the issue, sales are still projected by analysts to go up to 5.5 percent. No real decline was experienced and they are targeting another sales increase of 8.9 percent for 2017.

Another issue that Subaru had to tackle was the faulty airbags. Fortunately for the company, they cannot be blamed as the Takata Company caused the issue. Some 77 thousand SUV's have also been recalled in February for a hood latch defect, and around 48 thousand for a steering column replacement. Last month, they also announced recalling 100 thousand vehicles with turbochargers that could fail. Although the recalls may look a lot, Subaru's steps to fix the mistakes are quick and no known fatalities have been reported. The company is making it a habit to recall, replace, and fix anything that had an issue with the first sign of such.

Subaru means serious business while making safety a priority. The company has been in the top 10 since 2010 and does not plan on stepping down the rank. Their relentless effort to fix mistakes before anything serious happens to make them one of the best for many years to come.

The 2017 Chevrolet Camaro cuts off its price to reach more consumers. The price drop of the upcoming Chevy brings it closer to the well-known muscle, the Ford Mustang.

Most of Takata's obligations are owed to automakers for recalling and replacing millions of its air bags, and the Japanese supplier's restructuring plan relies heavily on financial support from its customers.

2018 Subaru Legacy Preview: Here’s What We Know So Far

Here's what to expect in the upcoming 2018 Subaru Legacy.

Takata Corporation To Pay $1B Over Airbag Fraud

Takata to pay $1 billion over its air bag fraud and at least 3 executives criminally charged.

Computers are expensive, so it makes sense to take good care of yours. Ideally, you'd take great care of your PC from the beginning -- cleaning it regularly with canned air, being careful with it, and protecting it from power surges, heat, and drops or falls.