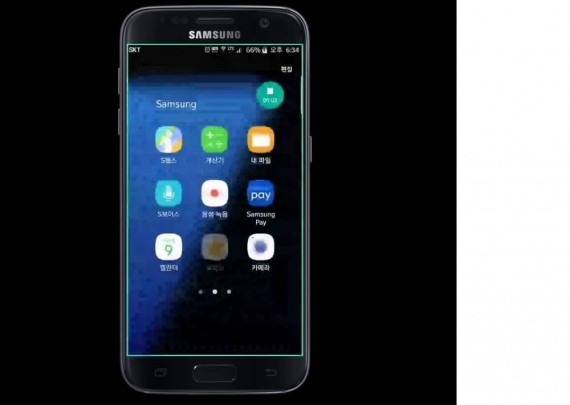 When Samsung decided to recall its Galaxy Note 7, the worst consequence was the customers´ lack of confidence in the South Korean company.<br /> Samsung will face 2017 with these updates and new smartphones. (Photo : Youtube/ TechnoGenuine)

South Korean giant Samsung is already working on an Android 7.0 Nougat firmware update for the Galaxy S6 and S6 Edge, which could improve these smartphones´ greatness by giving it new features like quicker multi-tasking, bundled notification, split screen, VR support (Daydream), instant apps, seamless updates, an incredible data saver and new individual changes for its UI, which only be included in these models.

Many Samsung Flagships Will Have The Android Nougat Update

This move comes just after it was known that the Galaxy S7 and S7 Edge will also have the Nougat update, which represents a great move that will not only make these devices way more better, but also will revitalize its position in the market, considering that anyone who could not afford the new flagships, can bet on these phones and have a qualified product that could meet users expectations.

The Nougat update will be also available for the Samsung Note 5, which will be getting it together with the Galaxy S6 ,S6 Edge, S7 and S7 Edge in the first quarter of 2017. What´s even better is that even the S5 would have the Nougat update, but it will have to wait a little bit longer than the other devices. However, it has been reported that if this doesn't happen, this smartphone need to stick on to Android 6.0 Marshmallow OS.

Some months ago, the South Korean giant suffered one of its worst moments ever, when it was forced to recall its highly-expected flagship Galaxy Note, after it was known that these mobile devices were bursting into flames, which not only represented a danger for the users but a situation that Samsung wasn't able to fix.

In fact, the Note 7 fiasco also had a collateral damage a huge setback for the South Korean economy, which has put the company in the spotlight all these months. Naturally, Samsung has been pushing on the release of new flagships and new actions that could lower the harm that its mistake caused.

However, the worst consequence of its flagship cancellation was that customers started to lose confidence in Samsung, which is one of the most delicate problems than giant company could suffer, giving the fact that this situation makes its revenues fall in short term, and reduce the chances that its new products could be a hit in the market.

This is precisely the issue that Samsung is trying to fix with these new moves, considering that giving this flagship line the Nougat update, will offer to those users a great reason to restore their loyalty to the company. This is definitely a great move for Samsung, which was expected to be weaker than ever after the Note 7 fiasco.

Although it is not known how this action would traduce in the market, it is a fact that if Samsung wants to restore its reputation in the smartphone world, updating the Galaxy S6 and S6 Edge is a perfect way to start. It looks like next year could one of the most important periods in the company´s history, giving the fact that an incredible fiasco can only be solved with an incredible answer. Right now, Samsung it starting to look once again as the giant that has ever been.

Of every single rumor that has been spread about Apple´s highly-expected flagship, this is the one that has more chances of being truth. Apple could take advantage of Samsung´s Note 7 fiasco.

Apple could take advantage of the release date of Galaxy S8 and Galaxy Note 8. Samsung is betting a lot in its new flagships in order to restore its reputation after the Note 7 fiasco.

Samsung's Note 7 might have one last inconvenience to give to the company.