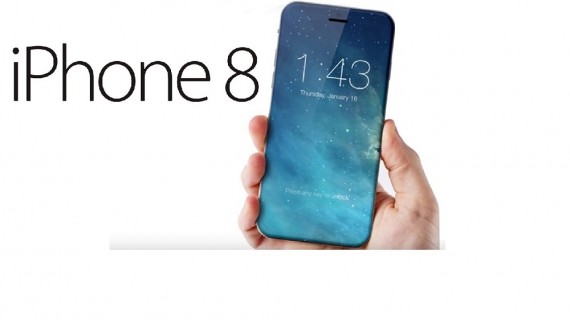 Apple could take advantage of the release date of Galaxy S8 and Galaxy Note 8.<br /> Samsung is betting a lot in its new flagships in order to restore its reputation after the Note 7 fiasco. (Photo : Youtube/ ZONEofTECH)

When Samsung released its highly-anticipated Galaxy Note 7, it was probably one of the most important moments in the South Korean company, since it was the biggest smartphone maker in the world, and with its new flagship, everyone expected that its power in the market would increase even more.

However, this mobile device ended up being an incredible fiasco and Samsung had to recall it, which creates such an incredible crisis in the company that even the South Korea economy was damaged. Giving this situation, the world has been expecting the next Apple´s move, since it is well known that this is the only company that could replace Samsung as the world´s largest smartphone maker. However, the big question is: how could the Cupertino giant achieve this goal?

iPhone 8 Is Forced To Meet Expectations

Naturally, every single scenario points to the iPhone 8, but the thing is that this mobile device is more forced than ever to meet expectations in order to be popular enough to have great sales. Although this could be seen as something obvious, this wouldn't be the same if Samsung didn't go through the Note 7 fiasco, considering that no matter what Apple did, it wouldn't become the biggest smartphone maker in the world next year.

However, this new situation is forcing Apple to make an extra effort, considering that Samsung is weaker than ever, and is going to launch other highly-anticipated flagships in order to restore its reputation. These new smartphones represent how much Samsung is risking considering that these would probably be way more extraordinary than the original, given the fact that the South Korean company have to bury the Note 7 disaster, as reported by Forbes.

The iPhone 7 has been a huge success so far, but Apple will have to raise its bar with the iPhone 8, so it is not discarded that some of the rumors that many had said so far could be real. The Cupertino company is capable enough of releasing an incredible device, but this time is new flagship has to be at least one of the greatest mobile devices ever created.

The Greatest Strategy To Become The Biggest Smartphone Maker

There´s also a strategy that Apple have figured out, and it could be really effective: the cancellation of its SE model refresh in order to boost sales from premium devices and increase its revenues, which could solidify its position in the market by the time when the company decides to release the iPhone 8.

The intelligence of this strategy is simply how Apple wants to make a clear path for its new flagship, which could be a very powerful weapon for the company to close its distance with Samsung, considering that the South Korean giant could launch the Galaxy S8 and Galaxy Note 8 in just a few months of difference, as reported by BGR.

Although many believe that releasing two great products could be more effective than just one, the risk of cannibalization exists, which might happen with Samsung´s phones, and Apple could take an important advantage of this hypothetical situation, having better sales with its iPhone 8 than the Galaxy S8 and Note 8.

However, achieving the goal of being the biggest smartphone maker in the world could be a little bit difficult even in the best case scenario for Apple since it is expected that Samsung´s sales could also be important in 2017. Nevertheless, if the Cupertino Company didn't achieve this next year, 2018 seems to be even more possible.

Could the iPad Pro 2 be a success in the market at a time when desktops and laptops are becoming more attractive products to users?

Square Enix has had quite the success with its Final Fantasy franchise. Check out the seven best Final Fantasy games of the last decade!