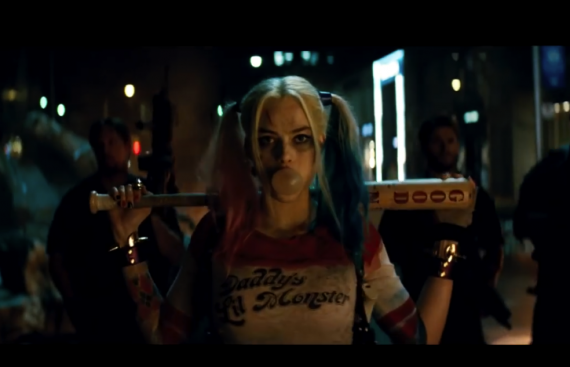 Harley Quinn from "Suicide Squad" is getting her own movie thanks to the portrayal of Margot Robbie. Here's what we know so far about the upcoming flick. (Photo : Zero Media/Youtube)

Summer hit movie "Suicide Squad" was quite okay. Though not really critically acclaimed, the movie does have some redeeming moments most especially, scenes that have Margot Robbie in it. As soon as she hit the big screen as Harley Quinn, fanboys and non-fan boys fell in love.

After that announcement, things regarding the spin-off movie seems to have not moved too much. But the movie being one of the top priorities of DC, a writer had finally been hired to get on board the project, Christina Hodson.

Who is Christina Hodson?

Christina Hodson is probably an unfamiliar name, so what's the fuss? A woman is writing a woman-centric anti-hero that is Harley. She is known to be good in a wide variety of genres and has written the female-centric sci-fi "The Eden Project" which was bought by Sony in September 2014.

She had also written the psychodrama script "Shut In" which was later bought by Lava Bear Films. It was turned into a movie and is scheduled to air on February 19, 2016. Christina Hodson had also been tapped to write the new script for "The Fugitive," and expand "The Transformers" universe, and write the script for a Bumblebee focused "Transformers" movie among others.

Dr. Harleen Frances Quinzel's origin story was first seen in a 1994 graphic novel, "The Batman Adventures: Mad Love." The movie "Suicide Squad" stayed true to her origin as a psychiatrist in the Arkham Asylum who fell madly (and crazy?) in love with the Joker.

In the graphic novel, Harley Quinn was fascinated with the Joker during while in the Arkham Asylum. She volunteered to treat him and eventually fell in love in one of their sessions. She helped the Joker escape the asylum but was eventually sent back when he was caught by Batman.

Seeing the Joker in such a bad shape drove Harley Quinn to madness. She immediately quit her job and puts on a jester costume to be with the Joker. Later on, she met Poison Ivy who helps her become more agile and stronger by injecting her with some potions.

Harley Quinn has been depicted as a strongly devoted sidekick to Joker. She seems to not see how psychotic he is and that he does not really show much affection for Harley Quinn.

The movie is set to be a stand-alone spin-off about Harley Quinn. However, rumor has it that the project was changed to a collection of female heroes and villains. There is no word yet if the Jokey will play a major role. We probably have to wait for more details about this.

On the other hand, feel free to watch Jared Leto in the Extended Cut version of "Suicide Squad." I am not sure if there are any Harley Quinn appearance, but it might be worth a shot.

Chloe Moretz and Brooklyn Beckham are over. Was the break-up caused by singer Shawn Mendes?

The biggest car movie will return for its eighth sequel soon. Here are details on the upcoming movie.

"Suicide Squad" director David Ayer reunites with Margot Robbie to make a femme fatale movie. It has also been reported that more spinoff DC movies are in the works.

'Suicide Squad' News And Updates: Harley Quinn Gets A Spin-off; Movie's Sequel To Focus On Katana's Past?

"Suicide Squad" is invading the big screen once again with its rumored sequel and Harley Quinn's spin-off.