PlayStation Plus December 2016 Free Games Predictions: Will We See 'Saints Row 4' Next Month? 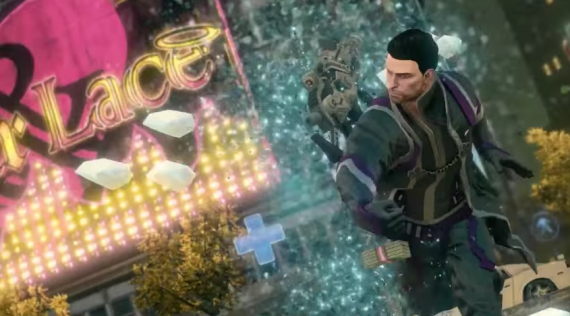 We're almost at the last month of the year. Will Sony finally level up and offer big titles in PlayStation Plus December 2016's free games lineup? (Photo : Photo by GameNewsOfficial/YouTube)

We are already at the half of November 2016, so predictions for PlayStation Plus December 2016's free games are now brewing up. To recall, the November lineup includes Everybody's Gone to Rapture and The Deadly Tower of Monsters for PS4, Dirt 3 and Costume Quest 2 for PS3, and Letter Quest Remastered and Pumped BMX+ for PS Vita. What does the next and final month of the year hold for us PS users?

According to ThisGenGaming, we might be able to see Wolfenstein: The New Order as part of the PS Plus December 2016 lineup. Launched in 2014, the first-person shooter game from Bethesda can rival AAA titles like Titanfall and Call of Duty.

Seeing as how there is no Wolfenstein title this year amid new installments to popular franchises, Sony might release this classic gold game for free next month. What's great about this is that it can be download to PS4 and PS3, so users of either console will benefit from this offering.

Saints Row 4: Re-elected has been in the PS Plus wishlist of fans for a long time now. Sony has not yet made our wishes come true, but we can hope that the open world game will finally make it next month. It has been a full three years since it was released, so there is a good chance that lots of players will want to revisit it.

Its predecessor, Gat Out of Hell, was already featured in the July lineup for the PS3 console, so there is a good chance that we might soon see the sequel. Should the sandbox adventure game appear next month, it will be available to play on PS4 and PS3.

N++ is a no-nonsense platformer game that deserves to be on this list. It was a part of the Summer PLAY promotion last year and its companions have all been featured in the PS Plus this year. Many think that it is time for this challenging platform game to head over to the lineup next month, as it is N++'s last chance this 2016.

Although not a full game, it would make sense for Sony to include in a demo of the upcoming Gravity Rush sequel. Japanese subscribers to PS Plus already got a taste of it in September 2016, so I don't see why it will not be available for the American audience.

Furthermore, Gravity Rush: Remastered for PS4 has also been available to Asia. If not the demo, then we might see this one.

While there are slim chances that any of these titles will get to the PS Plus December 2016 lineup, it would be forgivable as long as Sony puts in the effort to level up their game. They are desperately lagging behind Microsoft's Xbox Live Games with Gold that is full of AAA titles for Gold subscribers to enjoy.

TAG PS Plus, PS Plus December 2016, PS Plus predictions, PS Plus wishlist, PS Plus Saints Row 4

PS Plus November 2016 Free Games Update: Get 'Everybody's Gone To Rapture' And More

Sony has released the official PS Plus November 2016 lineup. What's in store for PS4, PS3 and PS Vita owners?

Nearly two weeks after the connectivity problem reported by PS4 owners, Sony has yet to release a fix. Meanwhile, PS Plus members can download a free booster pack in Let it Die.

PlayStation Plus February 2017 Free Games Predictions: Is Gravity Rush Remastered Upon Us?

With the release of Gravity Rush 2, is Gravity Rush Remastered due on next month's PS Plus? Here's what might be included in the February 2017 lineup.

PS Plus owners, get ready for your free games for December 2016! For those who aren't subscribed yet to PlayStation Plus, get 'em now.

Get These 7 Popular Games For Free This December 2016

This December, you can get 7 popular games for free to mark the holiday seasons.

PlayStation recently announced the free games that are coming for PlayStation Plus subscribers this coming month of November. One of the highlights from the list is the highly acclaimed Everybody's Gone to the Rapture. To learn more about the upcoming free games, we've got the complete list for you.