TEEN TOP's Changjo Speaks About His Battle Against Bipolar Disorder, Acne, And More; How The Idol Is Coping With His Mental Disorder 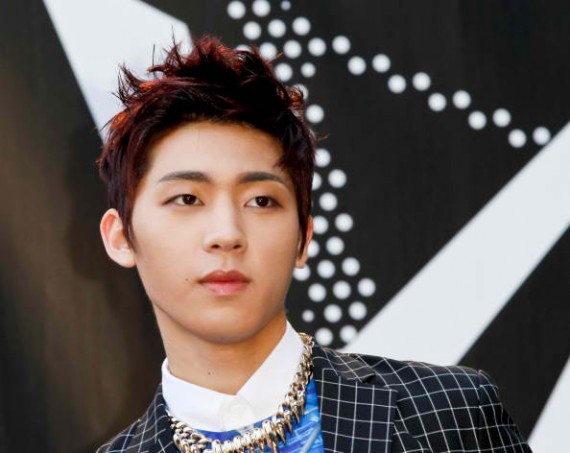 TEEN TOP's youngest member, Changjo, recently talked about his battle against his bipolar disorder in an interview with International bnt. It was surprising how the idol has been trying to manage his disorder for the past seven years, and it is certainly admirable how he is open to his fans about it.

Changjo revealed that he has been battling his bipolar disorder for several years now. He described his struggles and how he tried to remedy his insecurities. As cited by AllKpop, TEEN Top's Changjo said: "I had bipolar disorder. When one thing went down, everything felt like it was bad, and even when I got a little mad I felt angry all day. I also had insecurities about my looks, so I went on a severe diet. I ate one meal a day or ate salad in place of a meal."

TEEN TOP's Changjo And His Signs Of Bipolar Disorder

What Changjo is suffering from seems common among famous personalities like himself. Bipolar disorder is a type of mental illness that basically involves mood swings. It puts a person in a cycle of extreme highs and lows. And with Changjo's crash diet, it is just one of the many symptoms of the disorder he is fighting. His disorder seems not that severe though since we haven't heard about any instances where he got involved in binge drinking, drug abuse, or even sexual promiscuity.

Changjo also revealed more about his personal insecurities. "I had bad acne too, but I took care of it with saline solution," the 21-year-old singer and actor said. "I placed cotton balls with saline solution on sensitive spots and my skin improved in just 3 days. The part [of my face] that I am most insecure about is the jaw line. I envy the face shape of Lee Jun Ki sunbaenim."

Insecurity is one of the symptoms of bipolar illness that is hard to fight. While there are programs to help people manage their temper, confidence is something that cannot be taught. It is quite surprising how an idol who is enjoying so much love from fans is feeling insecure of himself. This has even been causing the singer to lose his temper in public. One instance that we can point regarding this was a past program where Changjo was teased in a show by his groupmates.

In the video, his co-idols planted a trick for Changjo. They showed him his past photos where he still looked "chubby" that have been the subject of jokes of the program. He has been trying to conceal his temper but for several times, he tried to throw some punches which we all thought were just part of a scripted show.

In other instances, fans would notice that among the TEEN TOP members, Changjo seems to be the mysterious type. In some behind-the-scene videos of the group's MTV recording, fans would see him hyper and jolly. Yet in some other captures where he gets free time, he spends it alone with no one to enjoy with.

Changjo started his career when he was only 14 and since then he has already been exposed to the pressures of media. Most of his fans had not known about his condition, not until he became open in speaking about it. The idol, whom we see loves the spotlight so much, had to go through serious issues.

With Changjo living his teen life under the difficulties of a mental illness, it is still nice to know that his popularity has helped him reduce the chances of developing a more serious level of bipolar - Bipolar II - and the risks of depression and suicide.

While a good, ample rest is the main remedy discovered by doctors for a bipolar disorder, it is Changjo's connection with TEEN TOP that has somehow gained him his self-confidence. What he has is a lifelong disorder, but luckily medical advances came up with pills to help people suffering from such manage their disability.

With the talents, the friends, the fans, and the career that Changjo has, he definitely has a big chance to win over the effects of his bipolar disorder. Besides, his illness is something that he has to manage and should not control nor define him.

"The Return of Superman's" PD, Kang Bong Gyu, has recently apprached actors Kwon Sang Woo and Kim Kang Woo to join his hit variety series. However, both actors reportedly turned down the offer. Meanwhile, the PD is also eyeing Kim Sung Kyoon to join the cast, and is expecting to give a more positive answer to his invitation.

Kang Gary decides to rest from broadcast activities after his guesting in a previous episode of "Running Man." An insider recently revealed that Gary opts to lie low from the spotlight to focus on his music.

Carrie Fisher, you have been an inspiration to everyone. May your legacy live on and may your force be with all of us.

In relation to Carrie Fisher death cause, people still tend to hide problems with mental health.

Everything You Need To Know About Bipolar Disorder And Lying, Could There Be A Link?

How Could A Mental Illness Such As Being Bipolar Affect A Person With The Way He Lies? What Are The Hidden Impacts Aside From Lying? Find Out What Experts Say

Depression And Anxiety Treated Through Smartphone Counseling On MSU Campus

College students could turn to their smartphones for depression and anxiety.