Here's How Mewtwo Will Destroy The Current Pokemon GO Meta 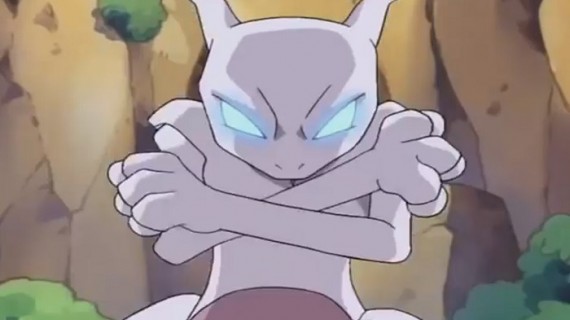 Mewtwo is among the new Pokemon GO creatures believed to be introduced to the game via Gen 2 update. (Photo : 野蛮な最高/YouTube)

The recent updates Niantic did to Pokemon GO have somehow changed the title's gameplay. While it's true and noticeable, it doesn't necessarily mean that a huge impact was made. Many believe that only such will happen as soon as Gen 2 update arrives. Why? That's because it is when the highly anticipated Legendary Pokemon will be introduced. And among these creatures, Mewtwo is the most talked about. Now, the question is: will this Pokemon break the boring standards of the game? Will it possibly change the overall meta? It's worth investigating.

As previously reported here at iTech Post, Niantic could possible introduce the Legendary Pokemon GO creatures by way of events. And by that, I mean real world events. It's still a mystery though if it'll happen this year, as many suggest that Gen 2 might be unleashed in December. Others, however, say that the most feasible release window is in July 2017.

While the aforementioned is an interesting idea in Pokemon GO, one can't simply take his thoughts away from Mewtwo. In its most organic form, the Pokemon is created purely by science. Think of it as some sort of invention or whatnot. As of this writing, this along with other Legendary species have yet to arrive to the game.

There are lots of interesting Pokemon GO theories about Mewtwo out there. Take for example a debut of a possible capture event, with the Pokemon taking the spotlight. This is actually a plausible idea. Why? Take into consideration the fact that this creature is quite powerful. It has enough potentials to bring any monsters in the realm down. So, in a sense, Niantic wants to create a balance. And in order to achieve it, the studio can introduce an event where anyone (who participates it) can capture Mewtwo easily. It's also a way for the developer of the AR (augmented reality) to acquire a huge engagement.

What Mewtwo Can Bring To Pokemon GO

Unlike any other creatures in Pokemon GO, Mewtwo seems to have a very unexplainable power. It's so formidable that it can take, say, a gym with a swift. And because of this, it's safe to say that players will resort to placing the Pokemon in gyms. You can liken it to how trainers did it with the likes of Lapras, Dragonite and Lapras, among others.

If this is the case, Pokemon GO gyms will indeed be packed with Mewtwos. And obviously, what better way to counter it than using another Mewtwo, right? There will surely be a Mewtwo party in the future. So, unless Niantic does something to pacify it, this situation is likely to happen.

How Niantic Should Bring Mewtwo In Pokemon GO

First off, backing away from Pokemon GO, Mewtwo is treated like a god in the anime series. However, there's only one. Hence putting a good number of this Pokemon in the game will entirely destroy the old meta. It'll surely be chaos.

The possible way Niantic can solve this is to perhaps allow a single Mewtwo in Pokemon GO gyms. Or, the studio can resort to not allowing even a single one -- as simple as that. If the devs want to put him in gym battles, it might be a better choice to make it as an attacker.

I can't honestly say what sort of trick the company must do to make Mewtwo a worthy creature in Pokemon GO. Because really, you don't want to take the fun out of it. But of course, you must also consider every possible consequence it'll make once the Pokemon is introduced. Well, only time can tell.

What are your thoughts on Mewtwo arriving to Pokemon GO? Do you agree with the statements (or call it arguments) mentioned above? What are your expectations for this creature? Be sure to share with us your ideas and/or opinions at the comment section below!

Are you still playing Pokemon GO or not? Either way, check out why some people stopped playing it.

The new Pokemon GO Nest Migration has finally arrived. Check it out here!

Pokemon GO Spawn Rates Increased To A Maximum Of One Hour

Believe it or not, Pokemon GO spawn rates can now last to even an hour. Check it out here!