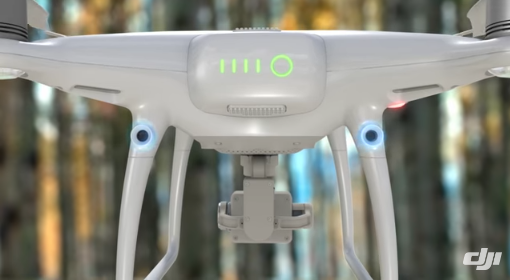 DJI has a few more top of the line drones to join the drone market. (Photo : DJI / YouTube)

DJI is doing very well in the drone market this year. In fact, a number of new DJI drones just came out recently. We've all known and loved DJI for their collection of very smart drones and as expected, the new units that came out are still in line with DJI's standards. The Phantom 4 Pro, Inspire 2, Matrice 600 Pro and Mavic Pro are all competitive drones that photographers and videographers consider as top choices.

The Matrice 600 Pro is the successor to the Matrice 600. The M600 Pro still has all the good things that the M600 has but it is equipped with upgraded flight performance. It also has the latest technologies from DJI including the Lightbridge 2 HD transmission system and the A3 Pro flight controller. It also has battery-related technologies like intelligent batteries and battery management system. Additionally, the M600 Pro has six charging hubs so it allows you to charge six intelligent batteries all at once. This drone also has an extended flying time.

Furthermore, its battery management system monitors each of its batteries while in flight. If any of those six batts turns on or off, the remainder of the batteries will follow suit, DJI's site explained. Also, the company says that with this battery technology, users are ensured that the M600 Pro will have a safe landing in case of battery failure. On a different note, the M600's compatibility with third party hardware and software also makes it a top option for both industrial usage and aerial photography.

The Phantom 4 Pro is the improved version of the DJI Phantom 4. It shoots in 4K and is built with an ultra-durable body. It uses titanium alloy and magnesium alloy to increase the drone's durability but at the same time reduce its weight as well. It's also one of the best drones when it comes to sensors. As per its product description, the Phantom 4 Pro has  a four direction obstacle avoidance and five direction obstacle sensing. Its camera is also as good as your powerful ground cameras when it comes to photography of fast moving objects. Its remote controller with a display is also a great addition especially since its screen is two times as bright as your traditional smartphone or tablet.

What the DJI Mavic Pro is probably most proud of is its super-portable body. The company boasts of this drone's uber-compact body that allows it to be folded to a small size of a water bottle. This means that if you are using this out-of-town, packing it inside your suitcase or handbag won't pose a big problem. On top of that, the Mavic Pro is also as intelligent as most of DJI drones are. Meaning, obstacle sensing, and obstacle avoidance are still a piece of cake for the drone. When it comes to image quality, the Mavic Pro also doesn't fail to comply. It's actually one of the best options for mid-priced drones that deliver amazing picture quality.

The DJI Inspire 2 is every videographer's dream drone. It is a very sturdy DJI unit and has a top speed of 67 mph. As per The Verge, the DJI Inspire 2 drone is also able to fly up to 16400 feet above sea level. Its self-heating battery also makes flying in the snow not a big problem for the drone. Nevertheless, it's probably the Inspire 2's double camera that makes it a top competition to others. Take note that this drone comes with a rotating main camera underneath it. Additionally, there is also a 2-axis camera in the drone's front. Users can enjoy the dual operation of these two cameras that get their own live recording feed. On top of that, the Inspire 2 also boasts of its 5.2k video recording and its intelligent flying sensors.

The china-based maker of trusted drones announced that they are launching the DJI Phantom 4 Advanced that will replace the original release in the series.

DJI Phantom 4 Pro Review: How This 4K Drone Differ From Other DJI Drones

The DJI Phantom 4 Pro is a photography-centric drone with a very sturdy body.

DJI lists the Mavic Pro with a shipment ETA of 1-3 days.

The $1499 DJI Phantom 4 Pro Is A Bigger And Better Version Of The Popular Mavic Pro: Specs, Features, Price

The DJI Phantom 4 Pro is an amazing drone with super-intelligent features.

DJI's latest drones are the best in the market.