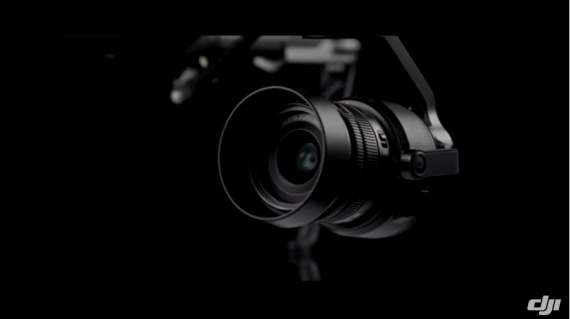 If you’re looking to buy a drone this season, lucky for you, there’s quite a bunch of drones to choose from. (Photo : DJI / YouTube)

DJI is clearly unstoppable in its goal to become number one in drone manufacturing. Just a few months ago, the company has released the Mavic Pro. Now, it has released a few more new drones that hype up the masses. DJI has made a Pro version of the Phantom 4 and they had also announced the DJI Matrice 600 Pro. Nevertheless, it's the Inspire 2 Drone that's getting the attention of most videographers right now. This drone that boasts of two cameras makes it easy for cinematographers to create more dramatic high-quality films.

The DJI Inspire 2 drone is way more powerful and sturdier than its predecessor. This drone is built with a magnesium-aluminum body making it durable and at the same time lightweight. Furthermore, this new version of the Inspiron also has an increased speed limit. The original version's top speed is 50 mph while the Inspiron 2 has a top speed of up to 67 mph. Not only that, this drone's height limit is also ridiculously high. As per The Verge, this drone can reach up to 16400 feet above sea level. This is pretty amazing and incredible for landscape videographers. The fact that the Inspire 2 has a self-heating battery, users will no longer worry about flying at chilly temperatures.

Nevertheless, the most amazing feature of the DJI Inspire 2 is probably its double cameras. This drone has a main camera underneath that can rotate 360 degrees and there is also a simpler 2-axis camera in the front. This is designed for dual operation as each camera receives its own live recording feed. On top of that, the DJI Inspire 2 is just as smart as you would expect it to be. It has obstacle avoidance features, amazing subject-tracking skills and the astounding CineCore 2.0. The CineCore 2.0 is DJI's new image processing system that can capture 5.2k videos at 4.2Gbps bitrate. The DJI Inspire 2 also has an SSD to make sure that all data are handled well.

Do take note that the DJI Inspire 2 is undeniably more expensive than the other drones from the company's collection. This new drone has a starting price of $2999 but that could also double up up to $6000 if you want the second camera, Techno Buffalo reported. It may actually be worth the price depending on your purpose in buying the drone. It's worth noting that the second camera can be used with different lenses, so it could be a worthy expenditure for professional videographers.

If you're planning to use this drone for pro film making, there's no doubt that the Inspire 2 is worth every penny. However, if all you need is a drone for shorter films or documentaries, DJI also has less expensive units that also deliver high-quality imagery. The Phantom 4 Pro and the Mavic Pro are both great options if you want a drone that's less expensive than the Inspire 2 but also has all the important intelligent features. The Mavic Pro just starts at $999 and the Phantom 4 Pro will start at $1499.

DJI has a wide array of drones for everybody!

DJI's latest drones are both best in their own fields.

DJI's new drones are the best but Mavic Pro shipment problem may still be ongoing.