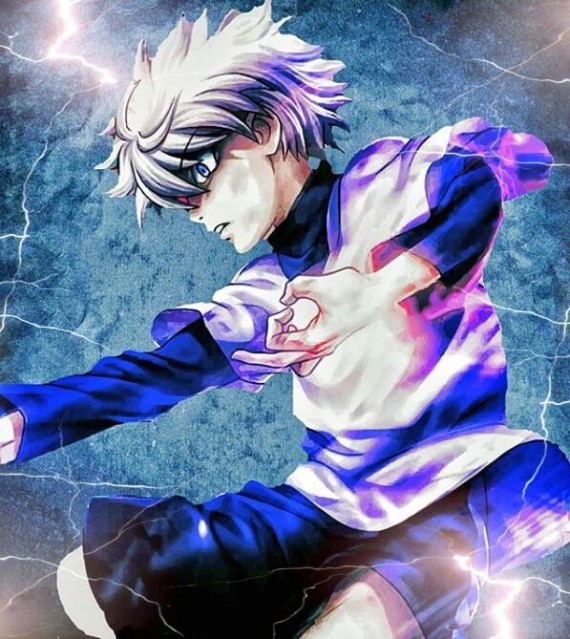 Amidst the indefinite hiatus of the phenomenal manga series "Hunter X Hunter," die-hard fans of the franchise have been getting quite impatient about its release. With very little update, many have theorized various speculation about what really is going on.

Recently, an old theory has been making a buzz once again following the continuous absence of "Hunter X Hunter" in the manga world. Apparently, there were claims that the famed creator of the series, Yoshihiro Togashi, and "Tokyo Ghoul" creator, Sui Ishida, is one and the same. Ridiculous as it may sound, there were fans who actually believe the said theory.

Previously, the obscure rumor surfaced the internet claiming that Yoshihiro Togashi and Sui Ishida is the same person. According to reports, fans assumed that they are indeed the same due to the similarities of their infamous mangas. It's no secret that "Hunter X Hunter" and "Tokyo Ghoul" series are both of the action-adventure genres.

Others even claim that "Hunter X Hunter" was intentionally put on break so that Yoshihiro Togashi can focus on the upcoming season of "Tokyo Ghoul." Fan theories even went as far as comparing the two mangaka's name. According to one fan, Yoshihiro Togashi and Sui Ishida is the same person because both have SHI in their names. The fan also compared the names of their lead manga characters Killua, Kurapika and Ken Kaneki having the letter K in their names. However, the said claims have been debunked multiple times in the past.

Perhaps, if there's a fact that links the two manga artists together is that Sui Ishida is a big fan of Yoshihiro Togashi. Apparently, Sui Ishida is a huge fan of "Hunter X Hunter" especially its character, Hisoka. His interest and admiration to the said character brought curiosity to the manga's editors that they decided to ask Sui Ishida to create his own version of Hisoka. Yoshihiro Togashi even backed up the idea.

Eventually, Sui Ishida drew and posted a colored version of Hisoka on Twitter that sent fans into a frenzy. The said re-creation of the lethal anti-hero is also to commemorate both "Hunter X Hunter" Volume 33 and "Tokyo Ghoul: re" Volume 7.

With Yoshihiro Togashi still unable to pursue working on "Hunter X Hunter," speculations arise that the producers of the franchise tapped Sui Ishida to replace the infamous mangaka. There were also reports claiming that Yoshihiro Togashi was forced to give up his rights to the phenomenal manga series to give way for his replacement.

Given that Sui Ishida already has experience in illustrating "Hunter X Hunter" and even getting positive remarks from Yoshihiro Togashi himself, many consider him as the best candidate. However, the idea might be too good to be true for now. Since "Tokyo Ghoul" is currently underway, his schedule is most likely jam-packed by now. Adding another commitment might come as a challenge to the manga artist.

Despite all the rumors going around, Yoshihiro Togashi remains mum about the resurrection of "Hunter X Hunter." It remains unclear as to when it will finally resume its run.

"Hunter X Hunter" creator Yoshihiro Togashi was spotted looking healthy as he made a rare appearance in public during 'Kochikame' Anniversary celebration.

"Hunter X Hunter" Chapter 361 remains to be in hiatus as Yoshihiro Togashi remains to be unfit to finish the task. Will his wife be able to continue where he left off?

"Tokyo Ghoul" Season 3 is still MIA sparking speculations that it was already canceled. The live-movie adaptation though is well underway and will be having an advance screening next month in L.A. during the Anime Expo 2017.

"Tokyo Ghoul" live-action movie is coming out on summer in Japan and a trailer is recently released showing Ken Kenaki transforming from a normal boy to a half-ghoul. Meanwhile, the anime's third season remains to be up in the air as rumros have it that the live-action movie is causing further delay to the series.