Nokia To Release Its First Smartphone: All You Need To Know 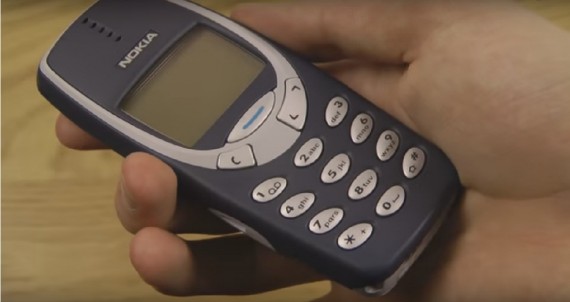 Who here is a Nokia fan? If you are, then you must have heard of Nokia to launch a new smartphone line next year at the Mobile World Congress. Yeah, the same legendary brand that produced the 3210 and 3310 (back when mobile phones were tough as coffin nails). For all those who had the privileged to own those mobile phones back in the day, you must be very excited like me.

For some people nowadays, if they hear the about the Nokia brand, they think of old phones that used to be popular back in 2000. We can't blame them, Nokia has been quiet in the tech scene. Though they have been quiet, the Finnish company has been launching mobile phones every year. Just this year there was the company launched the Nokia 216 Dual SIM last September. There was also the Nokia 230 Dual SIM that was released last November of 2015.

According to a written article at Phone Arena, Nokia, the legendary brand known for its mobile phones back in the early 2000s is planning to make a triumphant comeback in the Smartphone market for the next 10 years. How true is this? Well, Nokia is no longer bound to the agreement of Microsoft's acquisition and is now free to pursue its own objectives after HMD Global owns the license now - Albawada.

About the Upcoming Nokia Smartphones

Though it is confirmed that there will be Nokia brand smartphones by the next 10 years, how many of those smartphones is still unknown. The only lead we have as of now is the long rumored D1C which is supposed to run at Android 7.0 Nougat. The Nokia D1C is said to be powered by a 1.4 GHz Qualcomm Snapdragon 430 processor, 3 GB of RAM, and 16 GB or 32 GB of internal memory. The device is also said to have a 5.5 inch display (1080p) resolution and with a 16 MP rear camera. Aside from that, there is nothing.

Story of Nokia, Microsoft, and HMD

Nokia's sales were struggling and Microsoft announced to buy Nokia back in September of 2013. However, despite Microsoft's announcement, it took several months until the tech giant closed the deal with Nokia for $7.2 billion. The merge was confirmed on April 2014. At that time, it was reported that Microsoft bought Nokia to challenge Apple and Google.

Time went by and Microsoft sold Nokia to Foxconn and HMD Global for $350 million. About what led Microsoft to sell Nokia is hard to pinpoint, because many theories have been reported. I won't say that this is the answer, but for me this is the best theory I've read: Finland accuses Microsoft of "broken promises" - Telegraph. One of the many reasons is Microsoft laying off some of the Nokia employees.

Mobile phones these days are so fragile. I remember those good old days were it would take great damage to destroy a 3310. Yeah, they don't have the best qualities of the mobile phones today, but they were worth your money because of its durability that could last for many years. I just hope that we Nokia could combine high-end technology and durability to their upcoming smartphones.

One more thing, if you guys have any idea about the real reason for Microsoft selling Nokia, I would love to hear it from the comments. If you like this article and share the same love I have for Nokia phones, please do share.

Nokia might finally be hitting the market soon but it's not the same Nokia we know . The move is expected to see three or four new devices launch within February of next year and will come running Android software, rather than the Windows Phone.

Nokia D1C News: Nokia Back In The Smartphone Game As Non-compete Clause With Microsoft Ends 2016