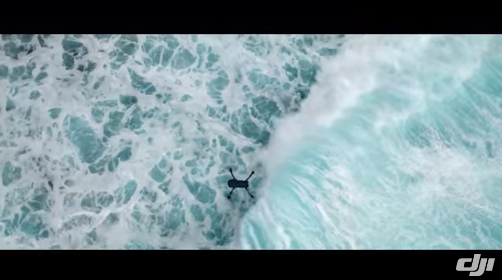 DJI has a wide array of drones for everybody (Photo : DJI / YouTube)

There's no doubt that DJI is one of the best sources of high quality drones. Not only are their drones super-advanced, they are also extremely user friendly. The DJI Mavic Pro is one good example of DJI's expertise. This drone is smart enough to be used by beginners but advanced enough to satisfy expert drone flyers. The only problem with the Mavic Pro right now is that DJI started out with a shipment problem and its causing a big wave of issues for its buyers.

Customer service and product quality are two of the most crucial factors that make a product a success. In the case of DJI Mavic Pro, it looks like it can be rated 10 when it comes to product quality and 2 for customer service. If you haven't heard of the shipment fiasco, DJI has set its initial Mavic Pro shipping date for October 15. However, as it turns out, the company isn't equipped with enough units to cater to all the pre-orders they accepted.

This led to customers ranting about having to wait for their orders long enough on top of being frustrated over DJI's lack of solid explanation regarding the matter. There are customers who have testified that they have already received their units but there are still a bunch of other buyers who are still waiting for their Mavic Pros. Luckily though, DJI has finally given out a more concrete ETA for undelivered orders.

As per the company's November 3 update on the DJI Forum, they have promised to try to clear all orders in 7-8 weeks. The company said that the company aims to clear all orders that were made prior to posting within that 7-8 week timeframe. It's undeniable that the waiting time that DJI has provided could be very long. Nevertheless, it's better to at least know when your drone is coming despite the length of time rather than being fed with vague information and obvious denials that DJI has initially been accused of. This of course still goes without saying that the DJI Mavic Pro is still one of the best drones in the market right now. If the company can finally catch up with the shipment and delivery, this drone is one of our most recommended drones this season.

DJI has recently released a few more drones after the Mavic Pro. If this affected their shipment of the Mavic Pro we may never know. What's certain right now is that despite the launch of the new DJI drones, the Mavic Pro still remains a great choice for everyone. Its $999 price tag is still reasonable enough for people who need a drone and its overall features are still some of the best in the drone market.

The DJI Mavic Pro can be the most versatile drone you can get right now. It is both super functional and portable. This drone has foldable arms making it a reliable travel buddy. It also boasts of DJI's intelligent flying features. This means that there is a very low chance that your Mavic Pro will crash into anything. It has obstacle avoidance features and many different modes to make your drone photography and videography very efficient.