Why 2017 Will Be The Year For Live Video Entertainment 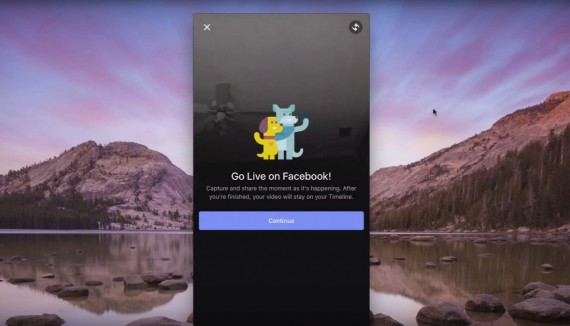 There is a growing trend now in social media sites. Before, there was a time when this kind of entertainment was called "Documentaries" until it evolved into "Reality TV" shows. And when reality TV shows became so popular, people started to label these shows as "fake" and "scripted" as whistleblowers who worked at these shows came forward, to tell the truth about filming these shows. Oh, I remember when news came out that the Jersey Shore was scripted, it really broke my heart.

After that, I think people started to film their own "reality TV show" and posted it on social media sites such as YouTube. In their defense, they call it real TV, non-scripted, the real deal and all those terms to validate the credibility of their videos. I don't know how to differentiate which videos posted on YouTube are authentic and not, but there were some YouTubers who claimed they were always telling the truth, but leaks came out and people found out that they were just lying.

2017 Will Be the Year for Live Videos

You've seen it, right? People nowadays are promoting themselves in live videos. While some do live videos for promoting awareness or something important, some people just do live videos for the sake of doing it. There is even a live video feed of the Earth being broadcasted from space at YouTube (I tried to watch that live video, but after 5 minutes it gave me a headache. I guess I'm not cut out to be an astronaut). Many social media sites are now adopting the Live Video feature. Just days ago, Instagram was reported to launch a new feature similar to Facebook's Live Video and was well-received by the users.

Yes, 2017 will definitely be the year of Live Videos, but just as trends come, it will also have to go. When posting comments, pictures, videos and doing live videos become not enough to satisfy one's way of expressing, what will the new trend be? Will it go back to the traditional way or will these social media sites think of another new creative way?

Facebook has been under such scrutiny regarding its spread of fake news, especially following the recent US national elections.

After two years of trials and appeals, a California court granted Facebook a $20 million settlement in August. That means anyone who appeared in unsanctioned promotional materials is eligible for a $15 payout—that is, if they submitted a claim by May 2, 2013.

Facebook first-ever giant drone, called Aquila, experienced a “structural failure” during a test flight on June 28. The U.S. safety agency is investigating an accident involving a massive experimental drone Facebook Inc. is developing to bring the internet to remote areas of the world.