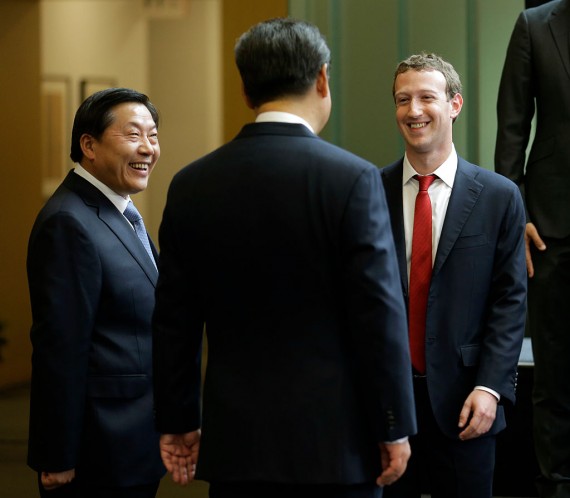 Getting into China´s market is the biggest goal of many company around the world.<br /> Marck Zuckerber has been blamed for the 2016 U.S. presidential elections outcome, because of the fake news issue. (Photo : Photo by Ted S. Warren-Pool/Getty Images)

Facebook´s downward spiral doesn´t seem to have an end, since in addition to the fake news issue that harmed Mark Zuckerberg´s company in the last days, it has been know that the most popular social network in the world is creating a censorship tool in order to re-enter the Chinese market, after it was banned in 2009 in an effort to stem the flow of information about the unrest that left more than 100 people dead.

In The Detriment Of Freddom Of Speech

Let´s make it clearer: Facebook is willing to censor any kind of topic that the Chinese government doesn't want to get published, so the platform could compete for the China´s 1.4 billion potential users, which could increase its power as never before. In fact, I could make it even more direct: Facebook is willing to become a regime´s puppet and an undeniable enemy of freedom of speech just to get more money and satisfy its shareholders.

Although this could be easily seen as a political or ideological stance, is just a matter of having the minimum amount of decency to not putting economic interest in the detriment of an essential human right, as the freedom of express without concerning about what a government could do because of your opinion. In this particular context Facebook will lose the respectable reputation that it always had, which might be extremely damaging no matter if its profits growth savagely, considering that this is not precisely a tobacco company, but a social media whose image would determine part of its business success.

From A Respectable Company To An Expendable Tool

Since many years, Zuckerberg´s intentions of getting back into the Chinese market have been clearly showed over and over again, with many actions that includes learning Mandarin, but the developing of this tool in order to achieve his goal shows a desperation that no one expected, considering that in addition to censor any post that the government doesn´t like, it will also have to store all Chinese user data in the Asian nation. This tells the world that Facebook would do whatever it takes to grow its users, no matter if it loses its dignity and social solidarity with those who are ruled by an authoritarian government.

Of course, being able to exist and compete in China is one of the wettest dreams of many important tech giants, but in the case of social media this wouldn´t be as easy as expected, considering that this nation already has very popular platforms as QQ,WeChat or Weibo. In fact, Facebook would have to struggle as ever to grow a significant audience in this market because it doesn't have new things to offer, considering that it would be just another social network in which the freedom of speech is not allowed, another expandable tool in the Chinese government´s simulation of democracy, and creation of its own dystopian version of the Internet

Far from not existing any kind of response to this situation, many Facebook´s employees have quit their jobs as an honorable protest against this issue, but unfortunately, those workers would not be the voices that Zuckerberg will listen in order to avoid what could be one of Facebook´s biggest mistakes in its successful history, giving the fact that the benefits might be minimal, and the potential damage as huge as a universe.

Let´s hope this is only some kind of unorthodox decoy to divert attention from the fake news issue, and not the beginning of a new era in which the social media will kneel before any form of injustice and unjustifiable demand, as long as it represents a seductive amount of money, and an easy way of getting more users.

This situation represents a huge setback for Mark Zuckerberg´s intentions to bring a billion people online, which would have been extremely beneficial to his company. It is not known when would be repaired.

These were expected to mark a turning point in the history, but its intentions clashed with customers´ displeasure and market coldness. Even the most important companies have failed in an historic way.