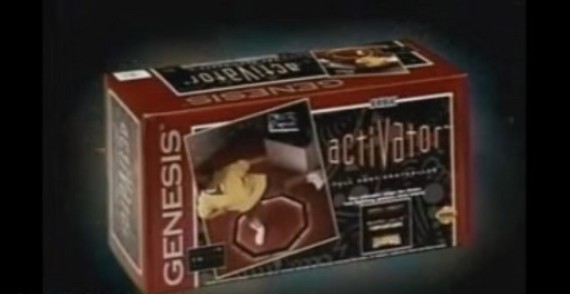 These were expected to mark a turning point in the history, but its intentions clashed with customers´ displeasure and market coldness.<br /> Even the most important companies have failed in an historic way. (Photo : Youtube/Patrick Scott Patterson)

Throughout the history, human being has always characterized for the ability to built things that excel the society´s way of life, in a manner in which there´s a turning point since that precisely moment. Although tech innovations have exists since many decades, not every single device has achieved its goal of changing people´s life for good and becoming a success in the market. In fact, there are many that that instead of conquering these goals failed miserably and were forgotten extremely fast. Here are the most notable.

Laserdisc: A Tech Innovation That Should Have Changed The Way Of Watching Movies For Good

This was the first digital home video format that people knew, which was introduce in 1978 and it had offered some details that should have marked a turning point in the way people watched movies back in the days, considering that the Laserdisc -also known as "DiscoVision"- video and audio quality were way much better than any VCR.

In fact, the way in which images were showed on the Laserdisc were so great at the time that none home video offered. Getting to this point, you will probably ask yourself why the hell this product didn't succeed in the way it was meant to, right? Well, let´s say that the big problem for this innovation was that the disc and their players were extremely expensive, it has no recording capability -which at that time were a very popular feature in other products of this kind- and the disc were heavy and easily damaged.

If there´s a silver lining in Laserdisc´s failure, was that it became the inspiration to the creation of Compact Discs, and eventually DVDs, which clearly represented a huge innovation, killing the videocassettes that were always used to watch movies in VHS. It failed miserably, but at least its failure was worthy.

Sega Activator Should Have Been Gamers´ Dream

Let´s face it, everyone´s who have played video games always had the dream of using the character with their own movements, just as they were the character itself. Believe it or not, this was something that it actually went possible during the video game revolution of the 90s, when the Sega Activator were released into the market, which was an octagonal gaming peripheral that was designed to be placed on the floor.

Anyone who stands in the middle of the octagon would control the game character with its own movements thanks to infrared beams that read the movements, so this was a device which was mainly focused on fighting games as Street Fighter. If you´re thinking that this means you could fight against M. Bison with your bare hands, you´re exactly right.

However, the big problem was that the Sega Activator was so disastrous and the and infrared beams were so bad reading the movements that every game ended into a virtual beating, and the few gamers who bought the device felt they´re money were stolen. This could end up being an incredible innovation in gaming consoles, but its quality didn't allow it.

Google Glass Was The Biggest Fail In Google´s History

When tech giant Google launched its smart glasses, everyone thought that once again we will enter into a new era in which a small device will be used in every single moment of our lives, in order to make everything easier. I´m talking about a glass with which you could connect to the internet in order to watch the news, a device with which you could take pictures, shoot some videos of anything you´re watching in front of you, or even getting to your email.

It was something that was meant to be Google´s biggest success but ended up being one of the few times that the company failed miserably in front of everyone. As reported in a previous article, the reason why something that it should become one of the greatest innovations ever was actually a total fiasco was because of some flaws as the unaesthetic design, its extremely high price, the low battery life, and a very harmful publicity. Although this was a total failure, Snapchat released a similar product, and Apple could release another one of these in 2018.

Although some of these device shad great games, its weirdness were so strong that no one took it seriously. It is not only the aesthetic, but also the graphics or the gaming system.

It will always remain unknown what could happen if these deals ended up taking place, but the truth is that its outcomes weren't bad news at all for the users.

There are a lot of tech jobs that are identified to make their way in the successful lane this year. Find out the thrilling list that might boost your professional life.

3 Tech Entepreneurs Are Among The 8 Richest People On Earth

These tech entrepreneurs are characterized for having a billionaire net worth and running some of the most important tech companies in the world, to the point in which their influence are extremely high.

Twitter´s future is completely unknown both for the users and for its board members, given the fact that some of them wants to sell the company, while CEO Jack Dorsey wants to keep the independence.