The Most Amazing Video Games Consoles That Were Never Released 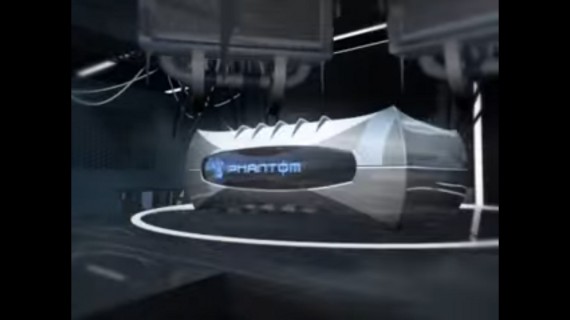 All of these devices were meant to change the history of video games, but for many different reasons, each one of them didn´t came out and ended up being some of those "what if" cases.<br /> (Photo : Youtube/Adam Washington)

Throughout the history of video games consoles, there has been some as the Nintendo, Play Station or Xbox that became so important that when anyone thinks about quality when playing, it would probably think on one of these devices. However, far from being the only few that conquered that market and gamers´ hearts, there has been some other consoles that could have been even more amazing, but for many reasons were not released. Here are the most important cases.

Of every video games console that was announced to be released, there were probably not even once that could compare with what this device offered in 2004. The Infinium Labs Phantom was expected to be a product in which a gamer had the chance of playing not only the PC games that were released at that time, but also every game to be launched in the future, which represented some kind of Holy Grail for everyone who wanted to play the newest products at an affordable cost, without having to use another device.

Probably the greatest peculiarity of this gaming console was that far from using cartridges or disc, you had to download that games if you wanted to play it. What´s even better was that you had the chance to preview the game as some kind of demo before you purchased it, so if it wasn´t what you expected you could easily walk away from a deal.

However, the Phantom misses each of its numerous slated release dates and never came into fruition, which led many to believe -along with other reasons- that this product became just a cheap ploy whose intention was to inflate stock prices. Actually, the company´s CEO was found guilty of illegally promoting penny stocks to excite potential investors, knowing pretty well the products´ flaws.

The Lost Opportunity Of Playing Your Own Games: Nerve Networks NanoGear (2003)

Everything that surrounds this product is a bit of intriguing because its intentions were so mind-blowing and groundbreaking that it would probably revolutionize that video games market forever if it were released. Believe it or not, the NanoGear main essence was that the gamer could be able to produce its own game and played or shared it with the world, since the device would have onboard tools, USB 2.0 connectivity, and built-in networking.

What´s even more incredible about all of this is that NanoGear was expected to be released in 2003, a period in which an offer as this kind was not even in the plans, and it would probably chance the history of video games, considering what ended up happening. Although many believe that it is unpredictable what would have been its position in the market, some people think that it would be extremely important, giving the fact that numerous games featuring the "create your own level" option was built around a similar premise, and were very successful, as Nintendo´s Mario Maker.

Although this might be surprising for many, the first Virtual Reality (VR) device was expected to be released in 1993 with the Sega Genesis console, both in the arcade and home versions. It was the beginning of the VR popularity that we know today, with many important companies as Google, Sony, Oculus, and Samsung releasing this product for the masses and getting into a new era of technology. Giving the fact that the Sega VR glasses were probably one of the first times that this product was showed to the public, being some kind of pioneer of what we´re seeing today, why this device never saw the light?

The company´s version of this huge dilemma was that there was concerns over the big chances that the gamers could suffer accidents while using it, considering how realistic could have been to play the games wearing the VR. However, far from being something as awesome as this, many believes that the reasons were some serious testers´ side effects as headache or motion sickness were the real reason why the VR project was eventually cancelled and never released.

The non-profit organization has been recently blamed by the U.S. government for interfering with the presidential election along with Russia, in order to get the republican nominee Donald Trump elected.

Privacy and security has been one of people´s main concerns over the past years, giving the fact that getting monitored has been a situation that has repeated without any way of avoiding it.

For those who are following the game adaptation of the story, then players can now embark Kirito's final journey as Sword Art Online: Alicization Lycoris is finally out.